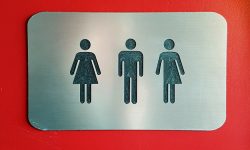 Despite changes to transgender rights by the Trump administration, trans students have seen recent victories in legal battles for their school rights.

The toolkit is intended to be a resource for teachers and administrators to address the needs of transgender or gender-noncomforming students.

The court’s ruling upholds a lower court’s decision to let the student use the bathroom that matches his gender identity.

School districts in the state had requested guidance in responding to policy changes under President Donald Trump.

The departments that made the announcement said state’s should have more of a role in determining school bathroom policies.

The announcement shows President Donald Trump’s administration may not believe Title IX protects students from discrimination based on their gender identity.

A study showed high rates of a range of negative experiences in the education and healthcare sectors.

The district had argued the directive could threaten students’ privacy.

The governor’s decision does not affect the lawsuit’s status.