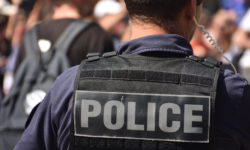 The Black victim’s White roommates and several other women in the dorm convinced their RA that the victim was threatening to stab them. 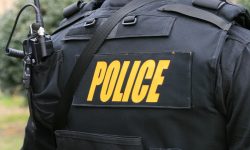 The man was shot in the abdomen and is listed in stable condition.

Negotiators and police spoke with the gunman for an hour before he surrendered without incident.

Dean D. Sturgis died on the upper level of an art gallery shortly after it opened Sunday.