Students were more likely to report behaviors if they had a positive relationship with campus police. 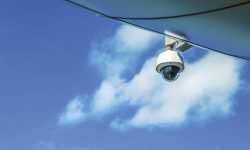 Survey: Nearly 20 Percent of Vanderbilt Undergrads Are Victims of Sexual Assault or Misconduct

A survey of Vanderbilt University students found a far higher percentage of sexual assaults than what was reported in the university’s Annual Security Report.

One defense official said the rise in reports of assaults was due to improved reporting processes.

The survey was completed by 795 undergaduate students at the University of Oregon.