Critics say the sentence is too lenient for the crime. 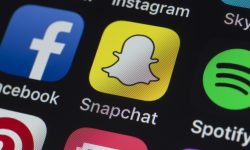 The relationships are being blamed in part on social media interaction between teachers and students.

The board of regents says Kenneth Starr failed to review the handling of rape allegations by students against former football players.

The cases involved 30 children from two different elementary schools in the district.

The practice is becoming more common as schools try to combat sexual assault on campus.

Investigators claim he communicated with three minors online and believe there are more victims.

The charges against the doctor were dropped.

Does the Field of Science Have a Sexual Misconduct Problem?

Several prominent scientists, many affiliated with universities, have faced accusations of sexual assault or misconduct in recent months.

The assistant principal has been charged with aggravated sexual abuse and aggravated battery.

Owen Labrie will serve up to a year in prison, register as a sex offender and serve five years of probation following his prison sentence.