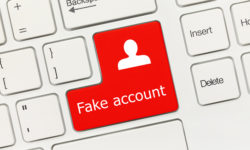 All fraternity social activities on campus have been suspended for the remainder of the semester after a racist incident involving members of Alpha Chi Rho.