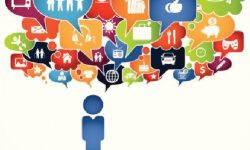 Crisis Communications in the Age of Social Media

Having a social media plan and adopting these best practices will ensure your campus crisis communications efforts are effective.

A judge ruled that open records laws apply to the university’s handling of animals.

Should You Believe the Media? Learn to Identify Fake News

We owe it to our campuses to hone our media evaluation skills so that we base our decisions on facts and common sense.

The report comes on the heels of a contentious presidential election that led to protests and rioting.

Almost 30 Percent of Pittsburgh’s Cameras Are Not Operational

Officials say a lack of maintenance is to blame for many of the video surveillance system’s flaws.

The university demoted David Visin to an associate director position.

The decision comes after video was released showing an officer’s fatal shooting of a 26-year-old male.

Report: Most Americans in Favor of Body Worn Cameras

The survey also found that about half of Americans think the cameras would reduce tensions between citizens and police officers.

Drone Safety: Will Regulating Them Work?

Here are some possible drone regulations coming up and the problems the government will have with implementing them.

The FBI’s Next Generation Identification System uses mugshots, fingerprints and more to keep data on criminals.