US Sales of Law Enforcement Equipment to Reach $1.2B in 2020

The growth in the number of armed officers and the adoption of high technology products are factors contributing to the high projection. 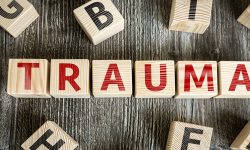 The Effects of Trauma on Campus First Responders and Staff

Even if first responders and staff aren’t directly affected by a tragedy, they can still experience secondary trauma and develop PTSD.

Researchers say working in shifts that disrupt your circadian rhythm can create a sort of ‘social jet lag.’

The report found that very few departments are prepared to respond to officer trauma.

The fraternity held a special ceremony to award the department with a gift in memory of fallen Officer Garrett Swasey.

Here’s a look at the issue of police officers using handcuffs and physical restraint when they’re called to schools to respond to challenging behaviors by students with disabilities.

Prosecutor also claims the traffic stop that lead to the shooting by a campus police officer was “a pretty chicken-crap stop.”

Old Dominion University assured University police they were addressing concerns after members of the police department outlined obstacles they face when trying to keep the campus safe.