Officer Kent Hall was on the scene seconds after shots were fired and pursued the suspect until he was arrested.

The information local police, fire officials and other first responders provide could make the difference between life and death.

The pilot program will provide nalaxone kits to certain jurisdictions.

Each school must evaluate its needs and resources to determine the right communications system for them.

The drones would take photos and deliver supplies to people as directed by emergency personnel.

Be sure you collaborate and coordinate with local and state emergency management organizations, first responders, local businesses, public health and peer institutions.

Thirty Eight school districts in North Carolina have yet to submit blueprints of their schools to first responders as required by state law. 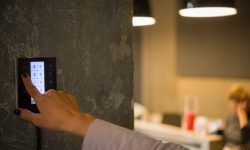 Linking these important functions can also assist first responders during an emergency and save on energy consumption.