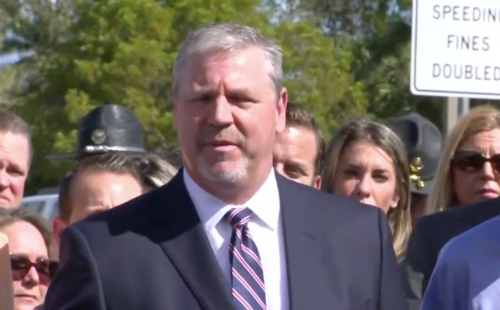 The FBI's Miami office held a press conference on their investigation into a possible online comment by the shooter Thursday.

On Friday the FBI said it failed to follow up on a credible and specific tip about the alleged gunman in the shooting.

In early January, a person close to Nikolas Cruz contacted the FBI through a tip line and told the agency about “Cruz’s gun ownership, desire to kill people, erratic behavior and disturbing social-media posts, as well as the potential of him conducting a school shooting,” the FBI said.

But the information wasn’t forwarded to the FBI’s Miami field office. FBI Director Christopher Wray said he is “committed to getting to the bottom of what happened in this particular matter.”

As more details emerge about the alleged shooter’s past, law enforcement officials, politicians  and the public are wondering if the tragedy could’ve been prevented.

“So many signs that the Florida shooter was mentally disturbed, even expelled from school for bad and erratic behavior,” President Trump tweeted Thursday before the FBI’s admission. “Neighbors and classmates knew he was a big problem. Must always report such instances to authorities, again and again!”

Attorney General Jeff Sessions, speaking to a sheriffs association on the same day, asserted that law enforcement officials can continue to improve their monitoring and response to threats.

“Perhaps we haven’t been effective enough in intervening immediately to deal with that,” Sessions said. The attorney general conceded that authorities can’t arrest everyone they believe is dangerous, but stated, “We can and must do better.”

The scrutiny comes as investigations into the shooter’s past have revealed a pattern of “red flag” behavior and missed opportunities.

Last Fall, Ben Bennight, a 36-year-old from Mississippi, noticed a concerning comment on one of his Youtube videos from someone with the username “Nikolas Cruz” (the shooting suspect’s name).

“I’m going to be a professional school shooter,” the comment read.

Bennight immediately reported it to Youtube and the FBI. The comment was removed by Youtube and, a couple of days later, two FBI agents visited Bennight with a printout of the comment, reports the Associated Press.

The agents said they couldn’t identify the person responsible for the comment and asked Bennight if he knew anything about the person behind the post. Bennight also alleges an FBI agent told him the agency was limited in their response because the comment wasn’t a direct threat.

In addition to the interview, which led Bennight to believe the agency took the issue seriously, the FBI searched databases from the public and government as part of their threat assessment process.

But the search didn’t lead to the 19-year-old shooting suspect.

“I wish the information could have prevented something like this from happening,” Bennight said in a subsequent YouTube video.

The FBI receives tens of thousands of tips each year. In addition to conducting interviews, FBI agents use open-source internet searches and gather any relevant information from government sources to follow up on tips.

Agents are not able to request private internet communications or conduct wiretaps without gaining approval.

Meanwhile, in the suspect’s Parkland, Florida neighborhood, he was worrying community members, who allege he threatened people, attempted to kill animals and included guns in images posted on social media.

“He had a very strange look in his eyes all the time,” Malcolm Roxburgh, a former neighbor, told the AP. “He has a cold, cold stare.”

Joelle Guarino, who lived near the suspect’s family, told the Wall Street Journal she believes the suspect tried to kill her dog three times by feeding it a poisonous toad. 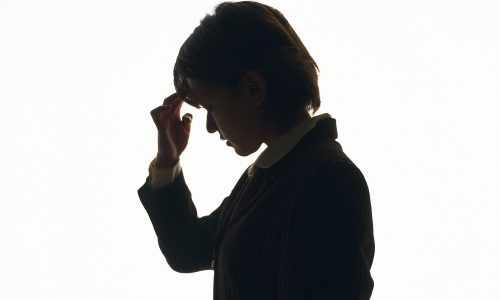 Related: Life Before and After a Mass Shooting

She described Cruz as looking “wild” during the incidents.

“He was excited and happy this was happening,” Guarino said.

Kyle Ramos, who knew Cruz from from the Army Junior Reserve Officer Training Corps, said the suspect liked to get up early and try to kill squirrels outside his home with a pellet gun. Ramos also described the suspect as having a “one-track mind” focused on firearms and knives.

Classmates also alleged the suspect had been abusive to his ex-girlfriend at the school and remained obsessed with her after their relationship had ended.

“I think everyone had in their minds if anybody was going to do it, it was going to be him,” 17-year-old classmate Dakota Mutchler said of the shooting.

Did School Officials Consider the Suspect A Threat?

The suspect had been expelled from Marjory Stoneman Douglas High School after a fight with the boyfriend of his ex-girlfriend.

Following the shooting, a classmate told a school math teacher, Jim Gard, that the suspect had been “stalking” his ex-girlfriend. Authorities have not confirmed that allegation.

Gard says even before the expulsion, the suspect may have been seen as a threat. Gard believes school officials sent out an email warning teachers that the suspect shouldn’t be allowed onto the high school’s campus with a backpack.

“There were problems with him last year threatening students, and I guess he was asked to leave campus,” Gard said.

The Wall Street Journal reports that the suspect’s behavior had left campus security officials to consider him troubled.

Jordan Jered, who heads a white nationalist group, claims the suspect was a member of his organization and had been involved with paramilitary drills the group held. Authorities have not confirmed that information.

An Instagram page purportedly belonging to Cruz shows many pictures of him holding firearms and ammunition for a semiautomatic AR-15 rifle.

Cruz passed a background check and legally purchased the semi-automatic rifle from a dealer in Florida in February of 2017, authorities said.

The suspect moved in with family friends after his mother passed away. According to lawyer Jim Lewis, who represents but did not identify the family, they knew that Cruz owned an AR-15 but made him keep it in a locked cabinet and never saw him go to a shooting range with it— but the suspect had a key to cabinet, Lewis said.

“[There was] no indication that anything severe like this was wrong,” Lewis said. “Just a mildly troubled kid who’d lost his mom… He totally kept this from everybody.”

“He fell through the cracks,” the attorney added.