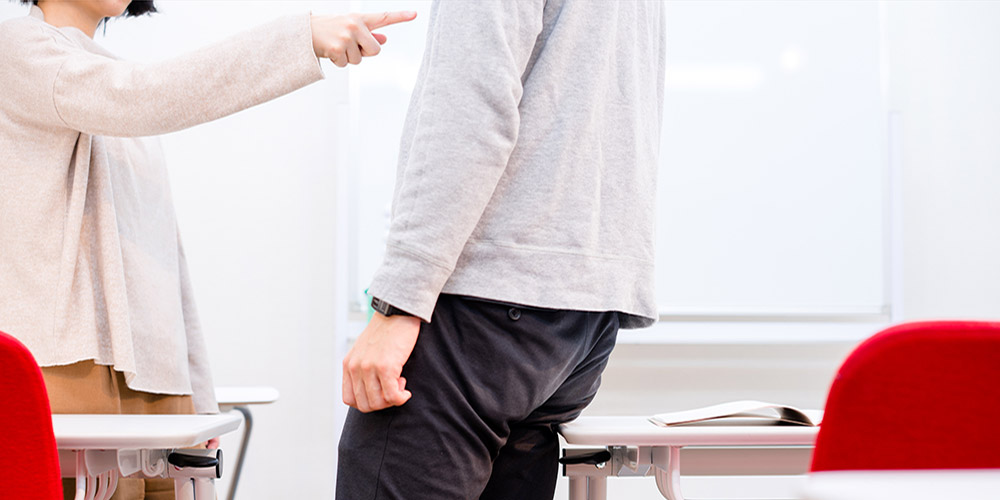 The study was conducted by an Ohio State University professor and was published in the Social Psychology of Education journal.

A new study conducted by an Ohio State University professor shows one in five teachers who were physically or verbally attacked by students didn’t report it to school administrators.

The study, which was published Tuesday in the Social Psychology of Education journal, further found one in four teachers didn’t tell family members about being assaulted or intimidated, according to The Dispatch.

Eric Anderman, the lead author of the study and chairman of OSU’s Department of Educational Studies, says the main purpose of the study was to examine how teachers handle attacks by students.

So much research on classroom violence “is focused on the students — and I’m not saying that’s a bad thing at all — but the teachers often get forgotten about,” said Anderman. “We have undergrads here who I’m sure are asking themselves whether they really want to go into this profession.”

The National Education Association and the American Federation of Teachers contacted their members to complete the survey, which asked them to anonymously describe the “most upsetting” incident they experienced and then answer questions about it.

“We were absolutely blown away that nearly 3,500 teachers responded,” said Anderman. “That, in itself, told us they really needed to talk about this.”

Some responses were rejected if teachers reported no incident or their memory of the event was incomplete, which gave researchers 2,505 responses from 48 states to work with.

Approximately eight percent of respondents did not go into detail regarding their incident but said they did not feel supported by school leaders and colleagues.

“You would think that the first thing a teacher would do after a violent encounter or threat would be to tell the school’s administrators, but 20 percent aren’t even doing that. That’s disturbing,” said Anderman. “Too many teachers aren’t talking to anyone about what happened.”

The study also examined how teachers reacted to violence against them. On a scale of one to five, teachers were asked to rate how much they blamed themselves through statements like “They do this to me because I won’t fight back” and “I should have been more careful.”

Results indicated that the more teachers blamed themselves, the more likely they were to report feeling anger or physical responses to the incident, such as nausea or a fast heartbeat, which in turn led to a greater likelihood of talking to others about the incident.

“Experiencing negative emotions like anger can potentially be helpful if it leads teachers to reach out to colleagues or family. They often need help processing what they went through,” said Anderman.

Teachers who experienced anger triggered by self-blame were also less likely to contact the parents of the perpetrator.

Study Suggests Administrators Need to Do More to Protect Teachers

Violence against teachers and how it is handled can also determine whether they stay in the profession, says the study.

“It is possible that teachers who experience violence may sometimes become less committed to teaching and feel less effective,” he said.

Teachers who rated feeling more upset and reported higher levels of physical symptoms were also more likely to seek help from a counselor.

Anderman says many teachers may be avoiding counseling because they do not want to appear weak or ineffective. He also noted the fact that teachers are more likely to talk to a colleague regarding a violent incident over an administrator shows schools need to be more effective in dealing with violence against teachers.

“Some schools may need to re-evaluate how they can support and help teachers who are victims of violence,” he concluded.