Inside Experts’ Push to Steer The School Security Industry Toward Collaboration, Best Practices

The future of school security rests on officials’ ability to recognize vulnerabilities, identify appropriate solutions and understand what resources are available to them. 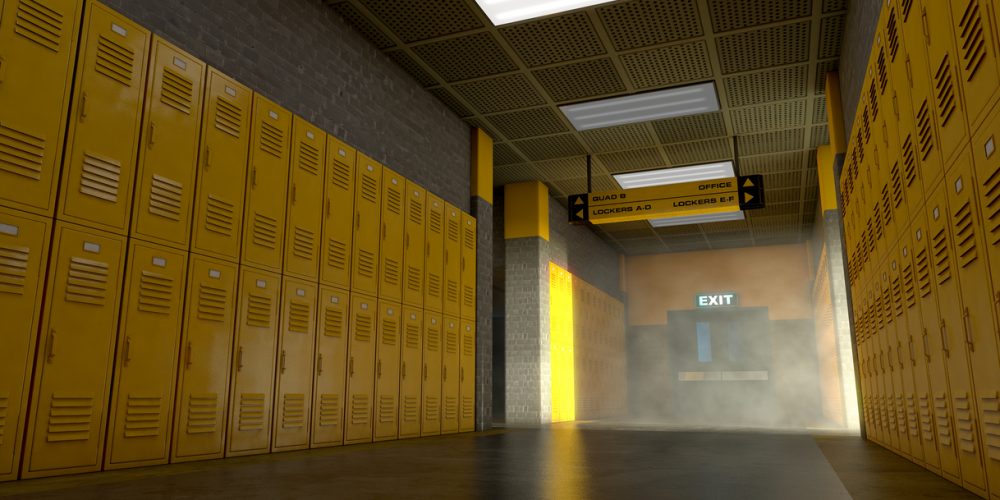 As funds for security budgets continue to flow, school and district officials are grappling with how best to secure their campuses.

As security budgets continue to swell in the wake of this year’s horrific school shootings, members of the security industry are pushing for the creation of better support structures for school officials making spending decisions.

One of the organizations leading that charge is the Secure Schools Alliance (SSA), a non-profit calling for a national conversation between education officials, industry leaders and government agencies to provide schools with more guidance and resources at the state level.

“We believe every state should have a School Safety Center,” says Robert Boyd, the executive director of SSA. “We think these standards should be set at the state level because the issues and types of facilities that you’re dealing with in New York are different from Florida and California, and thus the solutions need to be different.”

Boyd says states like Indiana, Texas and Maryland are models for what his group would like to see in states across the country.

For instance, Maryland’s Center for School Safety works with local school systems, law enforcement agencies, community organizations and other groups to coordinate school safety efforts in the state by:

Having such an accessible hub to promote collaboration gives schools a clear path to making informed, effective security decisions— a particularly useful resource in times like this, when emotions are high and everyone’s looking for answers.

“There’s a rush right now to throw money at the problem,” Boyd says. “On the one hand, it’s great to allocate these resources, but then everybody needs to call a timeout.”

There have never been more flashy new security systems for school districts to invest in, but before officials dig into the dizzying features included in each solution, they should conduct a thorough, objective risk assessment.

These assessments are a great way to identify vulnerabilities and prioritize areas for improvement.

“Don’t rush and do what the local salespeople are telling you to do,” Boyd cautions. “School officials are getting bum rushed. Every school needs a safety plan, but they need to step back and think about things just like they would a curriculum plan.”

School officials don’t need to invest in pricey assessments from private organizations either. Instead, Boyd says officials should talk to local law enforcement agencies and consider some of the free tools available online.

For instance, in conjunction with the Police Foundation and school safety expert Dr. Erroll Southers, SSA published a list of free facility security assessment resources at the federal and state levels.

“Every school needs to be evaluated on a case-by-case basis,” Boyd says. “Schools in the same district may need totally different things, and that’s due to things like school design and culture.” 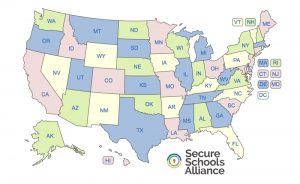 From there, Boyd says officials could check out the free Security Plan Checklist offered by the Partner Alliance for Safer Schools, a partner organization of SSA that’s updating its school security guidelines.

SSA is also putting together a list of funding sources available to school districts in addition to partnering with the Police Foundation to conduct research on which states have school security standards already in place. As you may have noticed, things are changing quickly right now on that front, so SSA is actively tracking approximately 150 bills on school security across the country.

“The goal is to show that there is no need to reinvent the wheel,” Boyd says. “We’re saying to states, ‘You don’t need a task force that takes all new testimony and takes forever. What you really need is a task force that goes through what we’re providing on what each of the states has done, and then figure out what you want for your state.’”

SSA is waiting until many legislative sessions end in June before releasing the bulk of its findings. Fortunately, that timeline perfectly coincides with a major opportunity to get in front of lawmakers…

The GovSummit and Future Plans

SSA and the Police Foundation will release their preliminary research findings at the Security Industry Association’s annual Government Summit being held in Washington, D.C. at the end of June.

The summit brings hundreds of public and private sector security professionals to the nation’s capital to discuss the government’s role in the face of an evolving— and increasingly technological— security landscape.

SSA, meanwhile, plans to broaden its focus to include the federal government.

“There’s no place for states to look right now,” Boyd says. “We think there needs to be a Center of Excellence centered on school safety and security. The Department of Homeland Security did this for terrorism.”

Boyd envisions a collaborative office based on input from security, education, government and academic officials. He points to initiatives like the Department of Justice’s Bureau of Justice Statistics and the Community Oriented Policing Services (COPS) program as examples.

For SSA, all these efforts are just the latest in what’s been a whirlwind year for the school security industry. SSA has worked with lawmakers on the state level crafting bills and, most notably, helped Senator Orrin Hatch (R-Utah) write the Students, Teachers, and Officers Preventing (STOP) School Violence Act of 2018.

The sweeping national law is just one of many changes coming to an industry that’s never moved faster.

For now, though, Boyd’s advice to school officials with money to spend is simple.

“Breathe,” he says. “Talk to local law enforcement. Talk to state agencies responsible for critical infrastructure protection. Do your homework before you do anything.”