Principal Advocated Treatment over Punishment for Student Who Shot Him

A high school principal advocated for mental health treatment instead of jail time for a former student who shot him in the arm and chest.

The teen was originally sentenced to 25 years in prison before the final decision was made to admit him to a mental health facility.

A principal at a South Dakota high school is pleased with a court’s decision to require mental health treatment instead of prison time for a student who shot him.

Back in September 2015, Mason Buhl, a 16-year-old Harrisburg High School student, had a scheduled appointment to meet with Principal Kevin Lein, reports The Washington Post.

Buhl had recently transferred to the school and was struggling with his transition, says Lein. He assumed the boy wanted to talk about his hardships.

Instead, Buhl walked in unannounced to Lein’s office, pointed a pistol at his head, and fired. The gun malfunctioned and a bullet grazed Lein’s arm and chest.

Related: Armed Student Talked Out of School Shooting by Counselor

The boy fled the office and was tackled by the school’s assistant principal and athletic director.

Lein received treatment at a local hospital for flesh wounds and returned to school in a sling the very next day.

This Wednesday, Buhl pleaded guilty to attempted murder and was sentenced to 25 years in prison.

However, Judge Brad Zell decided to suspend the 25-year sentence, instead giving Buhl 15 years of probation. Zell says he believes Buhl can be rehabilitated.

A state psychiatrist concluded that mental health played a role in the teen’s actions, but that he was competent enough to stand trial, according to the Argus Leader.

Buhl was committed to a mental health treatment program at a South Dakota rehabilitation facility and will face no prison time as long as he follows the terms of his probation.

“If you exhibit any, any, violent behavior whatsoever I will be quick from any judgment to remove you from society,” Zell said to Buhl.

Buhl does not have a violent history and showed remorse for the shooting at his sentencing.

“I intend to show with my actions that I wish that never happened, that I’m not my mistakes, that I’m sorry to the community, Lincoln County and everyone involved,” Buhl said in the courtroom.

Lein says he considers the real crime to be that Buhl never received the mental help he needed. He emphasized his belief that mental illness should not be a “scarlet letter” for a young person.

“I don’t believe there are evil kids,” says Lein. “I think there are good kids that get in bad situations.”

“The undisputed expert testimony and testimony of those involved in Buhl’s treatment supports Judge Zell’s decision,” said Butler. “Dr. Mark Lein’s compassion and understanding is no small factor as well in giving Buhl a second chance.”

Lein says he plans to visit Buhl at the treatment facility. “Forgiveness is really the only thing we control,” he said. 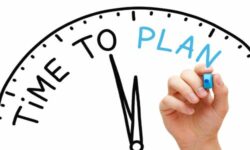