Officials canceled classes Tuesday and Wednesday, and additional security measures will be put in place when students return Thursday. 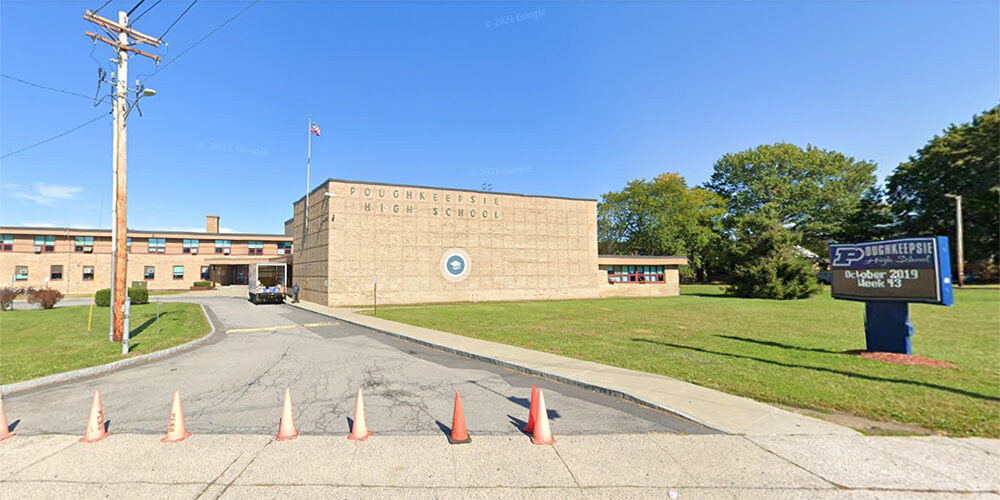 Gunfire was reported outside the school Monday around 3 p.m., reports Yahoo. Poughkeepsie police found shell casings in a grassy area in front of the school and vehicles with multiple bullet holes. A witness told police two male suspects, dressed in black and wearing white masks, fled on foot following the shooting. They were located in a nearby backyard and unsuccessfully tried to flee police before being taken into custody.

One of the suspects, a 13-year-old boy, was found with an unloaded semi-automatic handgun. He has been charged with criminal possession of a weapon and was transported to a juvenile facility. Police originally said a 15-year-old was also detained but charges were not specified. A subsequent official press release did not mention the 15-year-old. Police are asking anyone who may have witnessed the incident to come forward.

“At this time we have no witnesses willing to identify who the shooter was who fired the .380-caliber handgun in front of the high school,” the department said. “Ballistics, latent fingerprint and DNA analysis will be conducted on the … handgun taken off the 13-year-old and the spent shell casings to determine if the gun found on the 13-year-old matched the shell casings found in front of the school.”

School officials canceled a scheduled half-day for students Tuesday and parent-teacher conferences were postponed. District leadership, school staff and a member of the city police department instead met to discuss safety changes that would be implemented at the school after the shooting.

In a letter sent to the campus community Tuesday, Superintendent Eric Rosser said new safety measures will include law enforcement presence during arrival and dismissal, additional temporary staff assigned to the school, and the purchasing of technology “to strengthen the school’s interior safety posture.”