While all schools avoided major structural damage, 42 Miami-Dade public schools are still being used as shelters for Hurricane Irma victims.

As of Monday morning, 645,000 Miami-Dade residents were without power.

Miami-Dade Superintendent Alberto Carvalho says although there were no reports of major structural damage, each school will undergo safety inspections, reports the Miami Herald.

“I am thankful we were able to dodge the grenade. But not the bullet,” says Carvalho. “Access to some schools remains somewhat limited. But the structural integrity of our school building did very solid and very strong.”

Carvalho says it looks “nearly impossible” that schools will be open tomorrow and that even a Monday reopen may be unlikely.

Fallen trees and other debris have left some schools inaccessible. Others have been converted into shelters for hurricane victims who are still being housed in them.

Related: Hurricane Harvey Reminds Us of the Importance of Adequate Infrastructure

There are currently 42 public schools being used as shelters, some of which are running on power from generators.

“The modernization of schools, the replacement of old legacy windows with impact glass, I think that has gone a long way in terms of protecting our infrastructure across the community,” says Carvalho.

Throughout the storm, residents were urged to sign up for Miami-Dade Emergency Alerts.

As of Monday morning, 645,000 Miami-Dade residents were without power.

Avossa says no significant structural damage was found during inspections of the 180 public schools in the district.

All public K-12 schools, state colleges, state universities and state offices in Florida were ordered to be closed by Governor Rick Scott from Friday to Monday.

As for universities in southern Florida, here are some of the expected reopen dates: 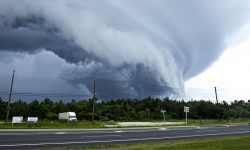