The driver denies hitting the police chief and claims he shattered her rear windshield with a flashlight “in a fit of rage”.

Police say the incident is still under investigation due to conflicting statements.

The Bartow County Schools police chief submitted his resignation on Wednesday as an investigation into an alleged accident involving the man continues.

Dan Knowles submitted his resignation after the Bartow County Schools announced its own investigation into the crash. He had previously been placed on paid administrative leave.

“The incident is still under investigation due to conflicting statements,” says a Georgia State Patrol spokesman of the October 23 incident.

According to the Georgia State Patrol, Knowles alleges he was directing traffic at Cassville White Road and Colonel way in Cartersville when a car taking a left turn hit him, reports AJC.com. He was taken by ambulance to Cartersville Medical Center and was treated for a bruised knee.

Dawn Teer, the driver of the vehicle who allegedly hit Knowles, says he threw a flashlight at the back of her vehicle “in a fit of rage”, breaking the rear windshield. Teer was in her car with her daughter and another girl.

Teer commented on a now-deleted post on Knowles’ Facebook page, requesting that Knowles acknowledge he was “not sure how you twisted your knee and you may have injured it when you were coming towards my car,” reports the Daily Tribune.

In response, Knowles replied, “The minor injury I received could have happened by incidental contact with the right front of the vehicle or as I turned to move. I want everyone to know that she did not intentionally try to harm me or anyone else. Anyone who is making derogatory statements about her does not know all the facts about the incident.”

Superintendent Dr. John Harper says he “felt it was in the best interest of Bartow County” to accept Knowles’ resignation.

Knowles has been the police chief since 2011. He was initially hired by the district in 2005 as a safety and security coordinator. 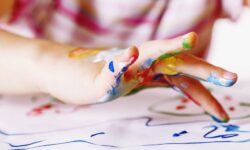 One response to “Ga. Schools Police Chief Resigns Amid Investigation into Alleged Accident”