The officer has been placed on paid administrative leave as Brockton police determine whether he followed proper rules and procedures. 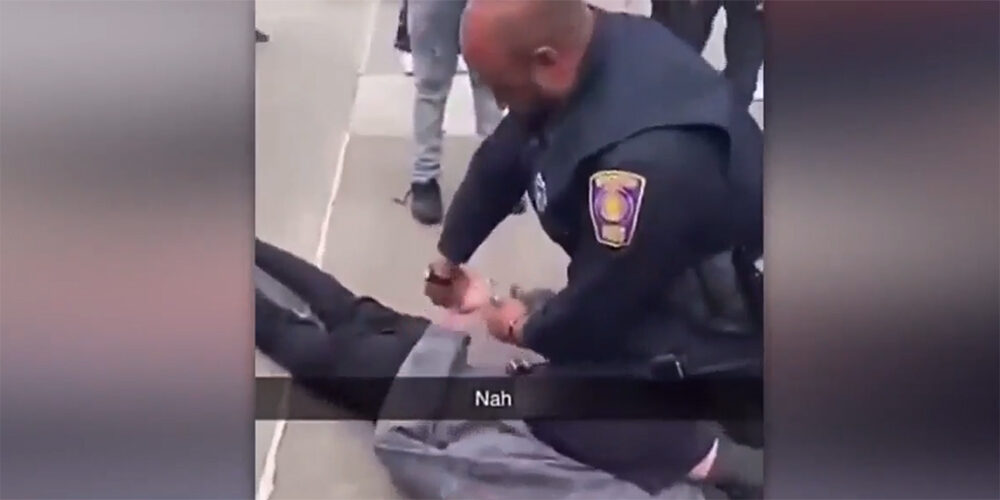 BROCKTON, Mass. — A school resource officer at Brockton High School is under investigation after a video surfaced showing him kneeling on a student while handcuffing him.

Brockton Public Schools said the officer detained the student for allegedly attacking another student during lunch break Wednesday, reports NBC Boston. That student has been charged with assault and battery.

Student witnesses filmed the arrest and can be heard yelling at the officer as he knelt on the 16-year-old’s neck and back.

“The people that filmed that, they just cut to the police just arresting the kid. They didn’t really catch what really happened between the other two kids fighting,” one parent told WCVB. “[But] he’s only a little kid. [That officer] looks real big, he doesn’t need all that.”

Brockton School Superintendent Mike Thomas wrote a message to parents Wednesday night, stating the way the student was being restrained “has been cause for great concern.” The message went on the say that the video was “painful to watch — particularly given its historical context,” referencing the murder of George Floyd while in police custody last May.

The officer, who has not been named, has been placed on paid administrative leave as Brockton police conduct an investigation to determine whether the officer followed proper rules and procedures.

Some members of the community have expressed outrage over the incident.

“This is about a broken system that has gone on far too long and police officers who not only abuse their power, but get away with it,” said Erica Reis, whose child attends Brockton Virtual Learning Academy. “This isn’t just in Brockton, but all over the country.”

“While we may not know the specifics of what brought about the interchange and the escalation to the point where the knee of a BPD officer landed on the neck of a Brockton youth, under no circumstances do we see this ever remotely justifiable,” he wrote. 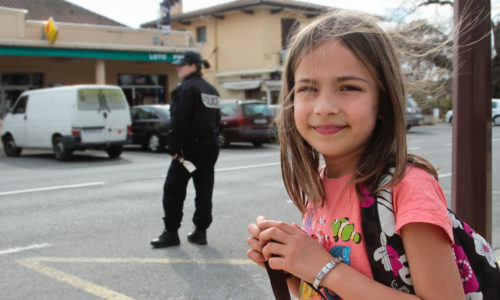 The statement also voiced frustration over the lack of action taken in regard to community input in revising Brockton police’s use-of-force policy and a community review board for policing, reports The Enterprise.

In March 2021, Mayor Robert Sullivan created the Community Justice Task Force, aimed to address inequities in the city. The group released a report detailing recommendations for policing, health, education, economic development and housing. Among the recommendations was the creation of a community-led review board to look into police interactions with the public. It also recommended revisions to the use-of-force policy, including making the language less vague and establishing a failure to intervene policy for officers who witness other officers using excessive force.

Last December, Governor Charlie Baker signed a police reform bill banning chokeholds or “other action that involves the placement of any part of the law enforcement officer’s body on or around a person’s neck in a manner that limits the person’s breathing or blood flow.” 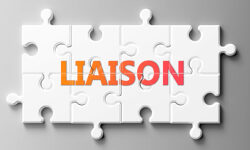