As part of new state legislation, all Florida school districts will be required to hire armed security officers or begin arming teachers. 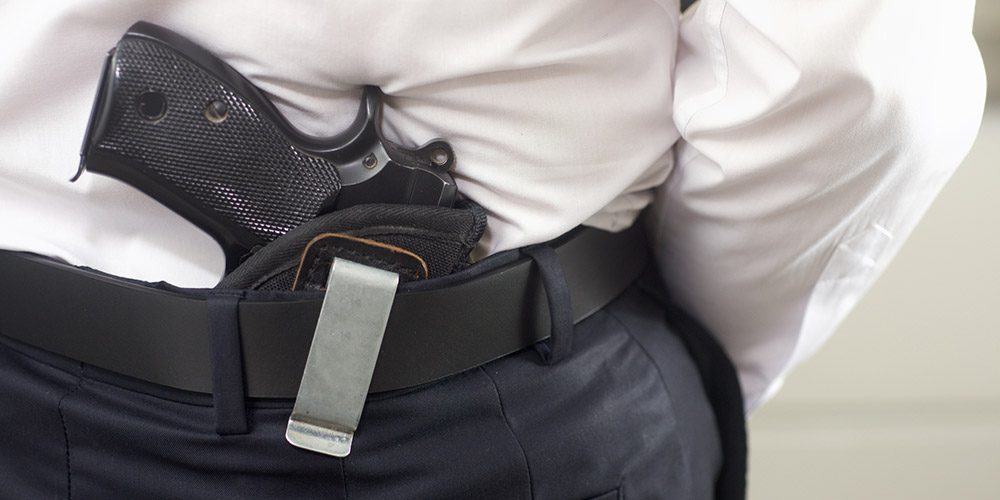 While some school districts are opting to add armed security guards, many are opposed to arming their teachers.

School districts across the country are beefing up their security plans to include full-time armed security officers at all schools.

Starting this week, for instance, Escambia County Schools in Pensacola, Fla., will be adding armed security officers at all elementary schools, in addition to school resource officers who are currently assigned to middle and high schools, reports NorthEscambia.com.

Previously, the district’s Northview High School and Ernest Ward Middle School were sharing a school resource officer following cuts to the program. Now, Superintendent Malcolm Thomas says a full-time SRO has been assigned to each campus this week.

“The district will work with local law enforcement agencies, the Escambia County Sheriff and the City of the Pensacola Police Department, as well as contract security vendors, to achieve the objective of providing armed security in elementary schools, while maintaining the School Resource Officers we already have assigned to our middle schools and high schools,” said Thomas. “The sole purpose of these officers will be to provide security on our campuses.”

“It will take time to identify all of the officers and also ensure contracted security personnel have the proper credentials,” Thomas said. “Campus assignments will increase as we work toward adding coverage for all of our elementary schools.”

School Board Vice Chair Patty Hightower says the plan will cost $303,000 for the remainder of the school year, which is already in the budget.

Walker unveiled his $100 million school security proposal last week, which would create an Office of School Safety within the state Department of Justice. The $100 million in grants would be used to pay for security improvements, training and police officers, according to Wisconsin State Journal.

The DOH office would be charged with handing out the grants and would work with law enforcement and schools to establish best practices for school safety plans. It would also be responsible for requiring school districts to make blueprints of their buildings for police.

“No child, parent or teacher should ever have to feel unsafe in school,” Walker wrote in a statement. “This package of bills focuses on ways we can help schools be safe, just like we did at the federal level ensuring that every airport and airplane were safe after 9/11. The same thing needs to be true for our schools all across the State of Wisconsin. We are putting $100 million behind this plan.”

District administrators declined to reveal how many officers would be added but estimate the officers, hired through Summit Security Services, will cost the district about $300,000 per school year. The district already employs 20 unarmed guards for its schools.

The cost of the added security will not result in losses in other school programs, according to administrators.

On February 27, Miller Place Union Free School District also added an armed security officer to each of its four schools.

All of the officers are retired from the NYPD and join 14 unarmed security officers that already work for the district, according to WSHU.

Miller Place officials say the new officers will carry pistols and will not be assigned to hallways and classrooms where most students are.