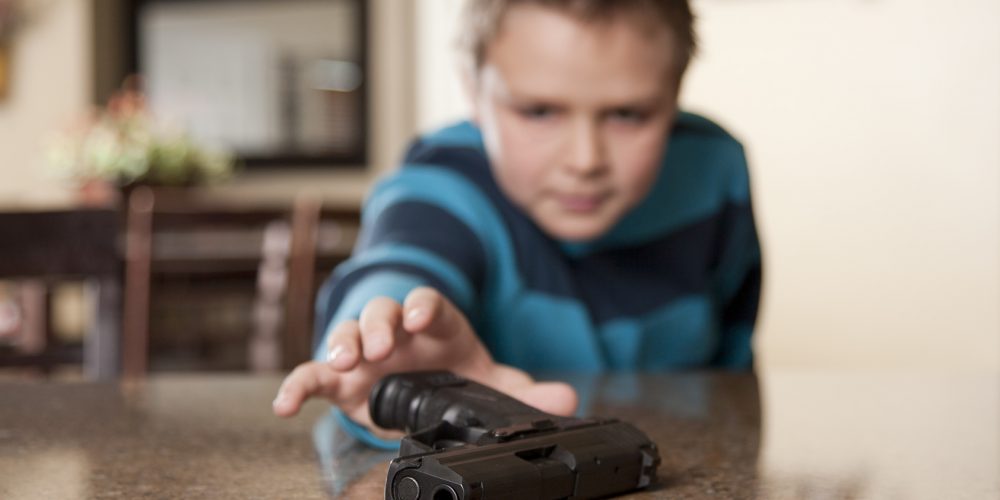 For every 10 percent increase in household gun ownership, the youth suicide rate increased by 26.9 percent.

A new study focusing on suicide rates among U.S. children and teens has linked the rising rates with gun ownership.

The study, published in the American Journal of Preventive Medicine by a team from Boston University, took data on a state-by-state level, looking at household gun ownership in 2004 and youth suicide and attempted suicide rates from 2005-2015.

Researchers wanted to determine if guns in the house could be creating an environment that increases the risk of suicide in teens and children.

They found that for every 10 percent increase in household gun ownership, the youth suicide rate increased by 26.9 percent.

“Household gun ownership was the single biggest predictor of youth suicide rate in a state,” said Dr. Michael  Siegel, an author of the study.

In Alaska, the youth suicide rate is 15.2 suicides per 100,000 people 19-years-old and younger and just under 60 percent of households have guns, the study said.

Not all states followed the same pattern, however.

Mississippi and Alabama both had gun ownership rates of over 50 percent but had lower suicide rates, with both showing around 4.5 suicides per 100,000 people.

Siegel believes culture could be the factor, specifically the larger African-American populations in both states. He says African-Americans are less likely to die by suicide or own guns than whites.

Siegel, who has been studying the relationship between gun ownership and homicide and suicide, says although the link may seem obvious to some, there were gaps that needed to be investigated, reports NBC News.

Data from the National Violent Injury Statistic System indicated that 82 percent of firearm-related suicides among youth involved a firearm owned by a household member. 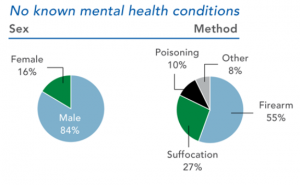 The CDC found that people without mental health conditions are more likely to be male and die by firearm. Image: cdc.gov

Every day, an average of three youths between the ages of 10 and 19 die by firearm-related suicide, the study said.

“The availability of firearms is contributing to an increase in the actual number of suicides, not just leading youth to substitute other means of suicide for guns,” said Anita Knopov, another researcher on the study.

What do the researchers suggest? Implementing programs and policies, especially in states with high levels of household gun ownership.

Experts believe guns are associated with suicide at such a high degree because they are quick and immediately lethal, with less chance of failure.

“Firearms are 2.6 times more lethal than any other means of suicide; thus, access to firearms might be expected to contribute to a higher incidence of suicide,” the team noted.

In June, the CDC reported that suicide rates were up by 30 percent across the country since 1999.