Trump’s claim that school resource officers don’t love and know the students in their care is not true and threatens to demoralize all law enforcement, not just the police officers responsible for protecting our schools. 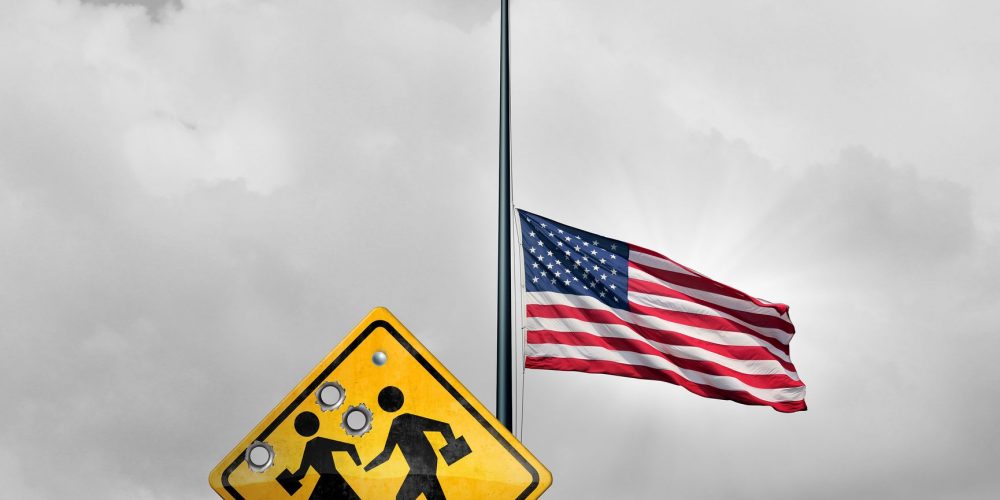 K-12 police officers and SROs are highly trained and go through extensive background checks. Additionally, they are selected for their positions because their personalities are well-suited to work with kids. They make great efforts to understand and guide the children they protect.

In a press conference last week, President Donald Trump said that teachers should be allowed to carry guns on campus because school resource officers (he actually called them security guards) don’t know or love the children they are protecting. Those of us who understand school security know that his claim about SROs couldn’t be further from the truth.

In my nearly 13 years as executive editor of Campus Safety magazine, I’ve seen over and over again just how dedicated both our sworn and nonsworn campus public safety officers are to their students and communities. For our president to say these professionals don’t love or know school children is a slap in the face to each and every campus public safety professional and law enforcement officer who puts their lives on the line every day.

Related: Tell Us About the Heroes on Your Campus!

Anyone who has worked with SROs/campus police officers knows that these individuals are sworn law enforcement professionals, not the typical security guard you might see watching over a construction site during the overnight hours or the “kindergarten cop” from yesteryear. K-12 police officers and SROs are highly trained and go through extensive background checks. Additionally, they are selected for their positions because their personalities are well-suited to work with kids. The SROs I know make great efforts to understand and guide the children they protect. They might not do it perfectly, but they do it with dedication and care that cannot be disputed.

This is not to say that campus public safety officers/SROs are perfect. They do sometimes make mistakes, and CS has covered those errors as well. Right now, however, there is a lot of focus on how the Marjory Stoneman Douglas High School SRO responded (or didn’t respond) to the active shooter attack at that campus. Although his actions should absolutely be investigated, we all should reserve our judgment of him until the investigation is complete.

For our president to not hold off on his judgment, call that SRO a coward without knowing all of the facts and smear the hard work of all SROs and campus public safety professionals is just plain reprehensible and irresponsible. It threatens to demoralize all law enforcement, not just the officers responsible for the protection of our schools.

I’m not the only one who objects to Trump’s remarks about SROs and other school security personnel. National Education Association President Lily Eskelsen García issued the following statement on Feb. 23:

“Ask any educator why they work in schools and most will respond instantly: They believe in children. School security service professionals are educators who go on to school campuses each day because they know, love, and want to protect their students. Security service professional and football coach Aaron Fies gave his life at Marjory Stoneman Douglas High School shielding his students from gunfire. Donald Trump should be honoring Coach Fies’ memory by listening to real solutions to curb gun violence offered by educators, parents, and—most importantly—the students who are leading on this issue, rather than parroting reckless ideas that will put our students in lethal danger. We support the investigation being conducted by the Broward County Sheriff’s Office into the actions of their resource officer during the attack, but denigrating the work of campus security guards is reprehensible, especially in light of Coach Fies’ sacrifice.”

In Trump’s press conference, he also said there has been all talk and no action with campus security in the past 20 years.  That claim is also incorrect. There have been many improvements in school staff and student training, law enforcement response, technology and policies since the 2012 Sandy Hook Elementary School mass shooting and even since Columbine.

Those improvements have paid off. For example, the gunman responsible for the Nov. 14 rampage that killed five in Northern California was thwarted from killing anyone at Rancho Tehama Elementary School because staff quickly locked down the campus and had everyone shelter in place when they heard the gunfire. Surveillance video showed the shooter trying unsuccessfully to enter the campus, although he did fire many shots at the building, injuring a student who was hiding under a desk. The quick actions of school personnel undoubtedly saved lives.

Could we do more? Of course. But saying there has been all talk and no action is patently untrue.

If Trump wants to talk about inaction, he should look at his own 2019 budget that was proposed two days before the Parkland, Fla., shooting. In it, he proposed a $25 million cut to federal school safety programs, not to mention around $400 million in cuts to school bullying and mental health programs.

There is no question that campus public safety officers and SROs care deeply about the kids they protect. There is also no question that school security has made significant progress over the years. Calling both of these facts into question does nothing to improve K-12 campus security and only serves to demoralize the public safety professionals who work so hard to keep our campuses and our communities safe.

Our nation’s campus public safety professionals deserve our president’s support, not his insults.