With Campus Security Officers, You Get What You Pay For

Wages for nonsworn campus security officers have not kept up with inflation over the past three years and could have disastrous consequences for hospitals, schools and universities. 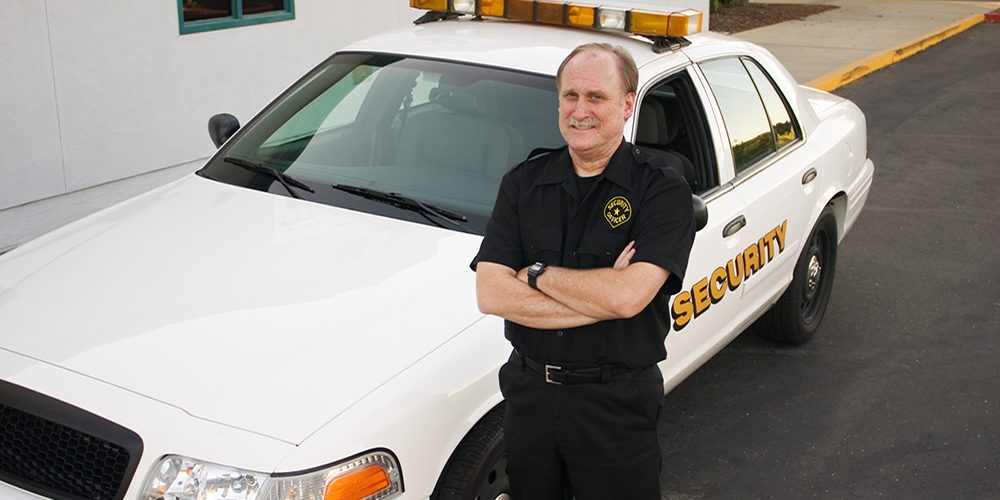 Nonsworn campus security officers have also seen a decline in benefits and incentives.

After crunching the numbers for the Campus Safety 2018 Salary and Benefits Study, it appears as though many healthcare and educational campuses have forgotten the adage “You get what you pay for” when it comes to the salaries of their nonsworn security and public safety officers.

The starting pay rate for these employees has not kept up with inflation. Although since 2015, sworn officer and campus police chief/security director salaries have increased by 13 percent and nearly seven percent, respectively, the starting median income for nonsworn officers remains the same at $27,500, or $13.75 an hour. Additionally, they have experienced a decline in the benefits and incentives they receive. 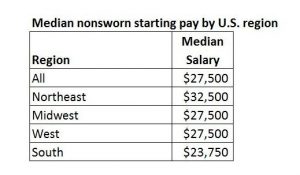 When adjusting for the U.S. inflation rate, which is projected to be 5.8 percent for 2016-2018, hospitals, schools and universities are actually paying their novice nonsworn officers less than they did in 2015. Their pay rate looks even worse if you believe economists who say the inflation rate will be more now that our nation has imposed tariffs on China, the European Union, Canada and Mexico.

Various organizations, such as the Renaissance Macro Research and Bureau of Labor Statistics, report that the prices of consumer goods like tools, computers, housing, washing machines, cars, food and more have already risen. It’s clear that nonsworn campus officers are not reaping the benefits of our current economic boom.

How can campuses expect to recruit and retain qualified and motivated nonsworn officers when they pay them a pittance and cut their benefits?

I doubt I have to remind any of you that most campus nonsworn security and public safety officers do a heck of a lot more than just sit in a guard shack and eat donuts. These officers must be skilled at or at least have a good understanding of things like verbal de-escalation, emergency preparedness, active shooter response, customer service, community policing, implicit bias, the Clery Act, the Health Insurance Portability and Accountability Act (HIPAA), the Family Educational Rights and Privacy Act (FERPA), CPR, first aid, AEDs and more. Additionally, the public’s expectations of these officers are constantly changing and expanding. 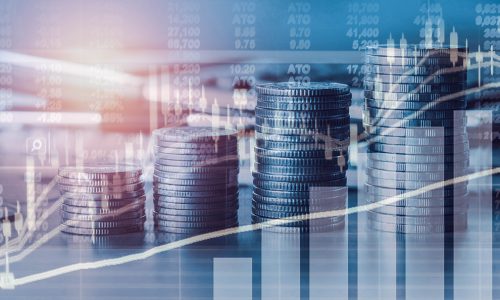 Let’s also remember that nonsworn officers are responsible for the safety and security of our nation’s most precious and vulnerable individuals: its children, as well as its sick and injured. How can we expect anyone to properly protect these populations when we don’t pay them a living wage? This issue becomes even more problematic in an economy that is experiencing full employment.

Truth be told, you get what you pay for. Those campuses that continue to pay their nonsworn officers a subsistence wage should expect subpar performance from these employees. If a campus is lucky enough to recruit a great officer, you can expect he or she will soon leave for greener, better-paying pastures.

And what if your campus experiences an active shooter attack or some other nightmare scenario requiring your nonsworn officers to respond effectively? If they don’t because your institution hasn’t paid them enough and deaths or injuries occur as a result, your campus could increase its exposure to litigation, have a massive PR debacle on its hands and, most importantly, devastate your community to such an extent that it might never recover.

Nonsworn officers are a critical component of any campus security and public safety program. Pay them well now, or pay a much, much steeper price later when something goes wrong.

2 responses to “With Campus Security Officers, You Get What You Pay For”