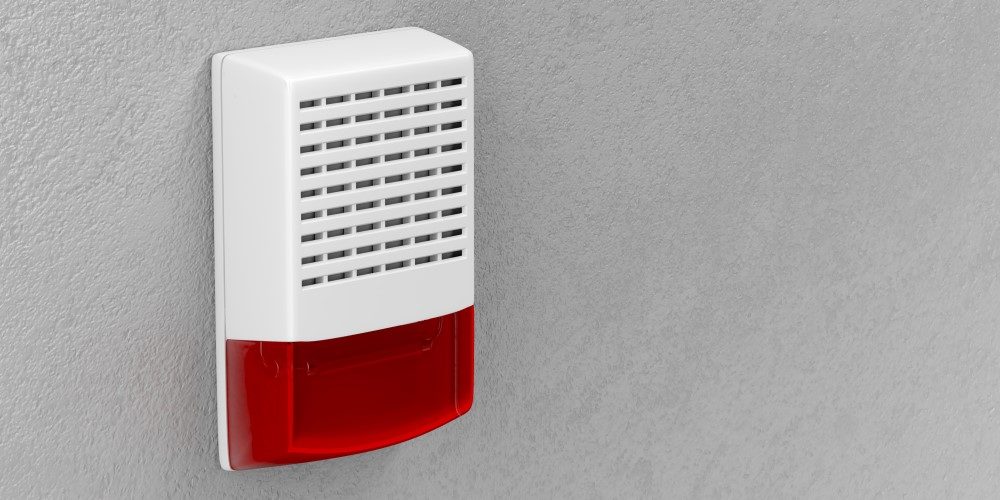 This nondescript looking device could save college students lives should a fire break out when they are sleeping in their dorm rooms.

Editor’s Note: This article originally ran in CS sister publication Security Sales & Integration. College residence halls and dormitories may be required to install low frequency sounders. Even if they aren’t required to install these devices, doing so will help protect students during a fire.

In the 2010 edition of NFPA 72, National Fire Alarm and Signaling Code, there are requirements in both Chapter 18, Notification Appliances and 29, Single- and Multiple-Station Alarms and Household Signaling Systems, that sleeping areas have low frequency sounders. This requirement was added to NFPA 72 based on research that was conducted by Dorothy Bruck, Ph.D. of Victoria University of Australia. 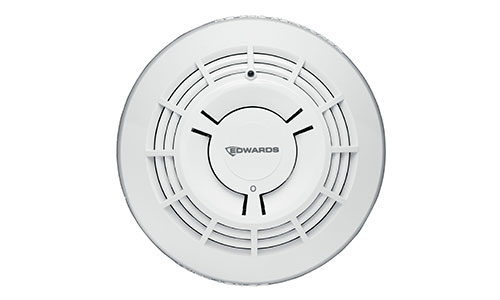 Related: How a N.J. University Reduced Nuisance Fire Alarms By 100%

The low frequency sounders are required to produce a 520Hz square wave tone. The research conducted by Dr. Bruck and others has demonstrated that identified populations will respond to this sound as opposed to the standard 3100Hz signal that is produced by audible appliances that are intended for use in areas that are not occupied by sleeping individuals.

The population segments that have been identified as being at risk include children, older adults, individuals with hearing loss, those who are intoxicated and those who may be on sleeping medication.

As I am based in Northern California, several fire departments are now requiring that low frequency sounders be installed retroactively in multifamily occupancies so as to awaken those who are sleeping in the event of an activation of the fire alarm system. These cities include Oakland, Calif., and San Francisco.

The leading issue with low frequency sounders is the current draw that is required for them to operate. This presents a problem when running new circuits or using existing conductors with voltage drop and the overall loading on each notification appliance circuit.

Is this sound pressure level required if the tone is to be set at 520Hz? If the sound pressure were to be reduced, the current required to operate the audible appliance would decrease.

In March, a study was released by the NFPA Fire Protection Research Foundation, Audible Alarm Signal Waking Effectiveness: Literature Review. This report was written by Joshua B. Dinaburg, P.E. from Jensen Hughes. While a literature review, the study did come to some interesting conclusions. These were based on research that has been conducted over a number of years on the waking effectiveness of audible appliances that are used with a fire alarm system.

The report reviews a number of studies from before 1970 until the present time. The report also provides a timeline on changes that were made to editions of NFPA 72 as well as NFPA 74, before it became Chapter 29 within NFPA 72, related to residential occupancy.

The report provides the following statement within the executive summary:

More than 50 years of experimental data on sound production, transport, interpretation, and actual waking of sleeping humans was reviewed and considered. Based on this research, the improved performance of the low frequency alarms is strongly evident for waking of at-risk populations. On average, equivalent waking to high frequency alarms is achieved for these groups at a reduced sound pressure levels of as much as 20dBA. Proliferation of low frequency alarms, even at reduced sound level would likely have a significant impact for many groups including older adults, the hard of hearing, children, and people who have consumed drugs or alcohol.

This reduction in sound pressure may also permit UL 217 smoke alarms to have a low frequency sounder, as opposed to the 3100Hz that is allowed at this time. Due to the current requirements, a 217 smoke alarm that may be installed within a single-family dwelling is not required to produce the 520Hz tone. This would have the potential of alerting persons at risk within the occupancy that has the highest number of deaths related to fire in the United States.

A copy of the report may be obtained through the NFPA here. I believe that based upon this report that over time, changes will be made within both UL 217, Standard for Smoke Alarms and NFPA 72 in regard to the sound pressure requirements as well as where 520Hz appliances are to be used.

Shane Clary, Ph.D., is Security Sales & Integration’s “Fire Side Chat” columnist. He has more than 37 years of security and fire alarm industry experience. He serves on a number of NFPA technical committees, and is vice president of Codes and Standards Compliance for Pancheco, Calif.-based Bay Alarm Co.