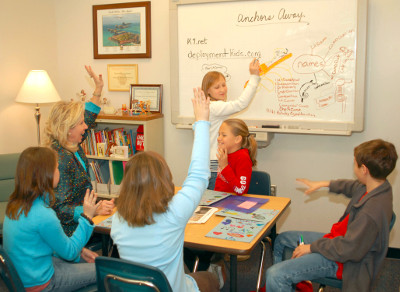 The study referenced data from 35,000 children aged 2 through 8.

A surprisingly large number of American children struggle with mental, behavioral or developmental problems according to federal health researchers.

The researchers published a report March 11 that showed the percentages of childhood disorders among children in each state, according to CBS News. The report’s data was taken from a 2011-2012 National Survey of Children’s Health, which used information from more than 35,000 children.

Researchers analyzed the rate of the following disorders among children aged 2 through 8:

In total, the researchers found that more than 14 percent of children some type of disorder.

The data showed a correlation between the disorders and access to medical care, parental mental health problems and child care problems.

The researchers’ analysis also showed the prevalence of disorders was different in each state. Only 10.6 percent of children were reported to have disorders in California, compared to figures twice as high as that in Arkansas and Kentucky.

A number of other factors were found to correlate with the disorders, such as access to medical care, impoverished homes and homes where English isn’t spoken. Researchers cautioned drawing conclusions from that data, however.

“We are not able to say if these risk factors are caused by or causing the disorders, but they are important for children’s health,” Jennifer Kaminski, who headed the research, said. Kaminski works on child development studies for the Centers for Disease Control Prevention, or CDC.

The researchers also said the data doesn’t confirm that the rate of disorders in children is higher than it’s been in the past.