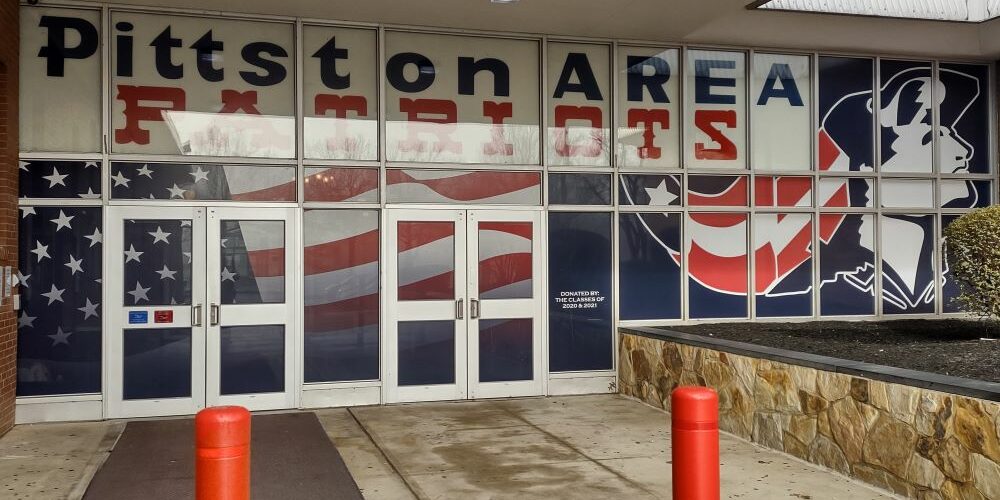 “You don’t know you need it, until the day you don’t have it,” said Pittston Area School District Security Director Michael F. Boone, on why this Pennsylvania regional school district had security window film installed on the entry doors and windows of its primary, intermediate, middle, and high school buildings. 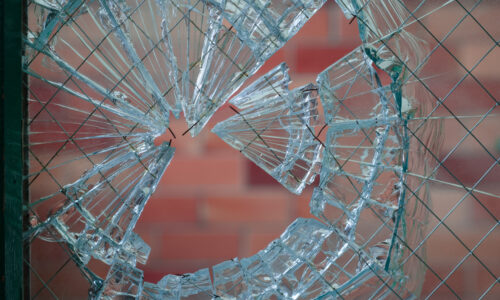 Related: What To Do About Wired Glass in Schools?

Boone’s foresight sums up the value of security window film, and his reasoning echoes a phrase by another Pennsylvanian, Benjamin Franklin, who in 1836 as he was forming Philadelphia’s first fire brigade, said “an ounce of prevention is worth a pound of cure.”

Based on the present climate of unexpected intrusions into schools sometimes resulting in tragic violence and the more likely occurrence of vandalism or storm damage, Boone did some research on how to cost-effectively improve the security of the buildings’ perimeter and access. In 2020, he came up with two possible solutions. One was security window film, and the other was having the glass around the entry doors and other areas replaced with laminated glass.

The second option became a no-go because Boone realized the district would need to board up the space when the glass was removed, and the project would take quite a bit of time. The expected cost of more than $80,000 was also out of reach.

While school was out of session because of the COVID-19 pandemic, Boone still wanted to improve building security without significant delay. This is when he decided to explore security window film further. The windows being considered for security film installation were on average up to six feet tall by three feet wide, and in some instances created a glass wall up to 15 feet high.

“I was aware of security window film, and I know it is effective in delaying forced entry through the glass of a door frame or window. Every minute of delay in a situation, when someone intent on harm is trying to get in, is critical,” said Boone.

Boone had applied for state grants for the installation of security window film, and he had the approval of the school board. He contacted local-authorized window film installation company Sun Control Plus, a certified woman-owned business operated by Rose Bartoli, its president since 1993.

Installation Took Less than a Week

Bartoli explained that her company could install both an optically clear and privacy security window film that would be 8-mil thick and composed of multi-layers, combined into a single film with a scratch resistant coating for less than one third the cost of laminated glass, or around $25,000. An 8-mil security window film is about the same thickness as a typical drivers’ license. In all about 2,000 square feet of safety and security window film was installed around the school entrances, gyms, and cafeterias. 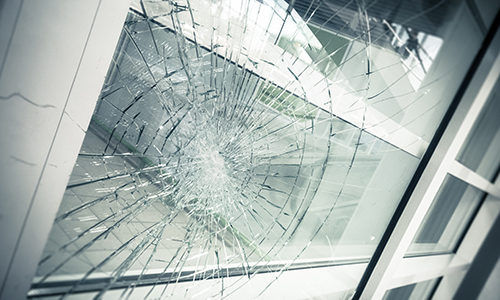 Related: Hardening Your Most Vulnerable Area on Campus: Glass Windows and Doors

“With an installation team of three, it took us less a week over the summer of 2020, when there really weren’t any students and little staff around the building,” said Bartoli. “We really didn’t have to disturb anything; we just made sure the glass was clean and the windows themselves were in good condition before we adhered the film to the glass surface. Most safety and security window film can stay adhered beyond 15 years, and the cost of installing security films is about one third that of laminated glass.

In addition, the installation process included the use of a  special silicone adhesive caulking.

The security film was applied to the interior room-side of the glass and then a bead of high-strength, high-quality structural adhesive was placed around the perimeter of the window frame to adhere the edges of the film to the frame itself (a process called “anchoring”).

The proper thickness and overlap of structural silicone is critical for effective installation. Having installed security window films many times throughout her long career in the industry, Bartoli has hired experienced installation team members who assist in caulking to get the work done quickly, smoothly, and correctly.

Security window film forms an almost invisible protective membrane on the glass surface. The window film is attached to the glass with an aggressive pressure-sensitive adhesive. When stress or impact causes the glass to break, the film can stretch and absorb some or all of the energy created by the impact. The result is that the broken glass may remain intact within the framing system. Even when the glass finally bursts, glass shards usually remain adhered to the glass so they don’t fly outward from the area of the impact. 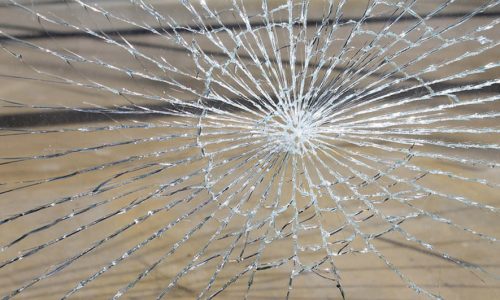 According to the International Window Film Association, most quality 8-mil security film on annealed glass will pass the same “human impact” breakage tests as many types of laminated glass. Both Consumer Product Safety Council (CPSC) and ANSI Z97.1 use a 400 foot-pound test for this. Areas where glass could be easily hit by a person includes windows or glass panels next to a stairway or gymnasium doors, or windows where a person might stumble on the stairs and fall to the side, or where an athlete might be running and get up-ended and impact a door or window. Any glass in a bathroom area, such as a shower door or entire shower stall must meet this standard.

The IWFA states that, by using independent safety standards such as these, a 200-250 pound person running at full speed or else falling into a piece of glass should be protected from receiving severe bodily harm from broken glass or else falling out an opening, be it a doorway or window.

With regard to the use of only security window film added to standard glass used in buildings for bullet resistance,  the IWFA states that to date, they are not aware of any evidence that any window film, when added to normal glass found in buildings, makes a non-ballistic glass door or window meet any recognized ballistic standards. However, correctly installed security film can help to keep glass in place in the window or door opening and may significantly increase the difficulty and time needed for an intruder to break into a building through the glass part of a window or door. (To help educate school administrators and safety officers, the IWFA offers an online PDF booklet, titled Security Film in Schools: Learn the Facts.)

Other benefits of security window films include 99% reduction of the sun’s harmful ultra-violet rays that damage the skin and eyes and contribute to fading; a 40-to-60% reduction of glare, added privacy and various levels of energy savings depending on the type of film coatings, which can be combined into the manufactured film itself.

“I would recommend that other school districts have security window film installed,” said Boone. “It’s worth the time and expense, and it’s something you can always continue to do as it’s not disruptive. The Sun Control Plus people were fantastic; each building was done in about a day; that’s three campuses and four buildings,” he added.

Darrell Smith, is the executive director of the International Window Film Association, a role that he has held for over 35 years and he represents the interests of the window film industry.