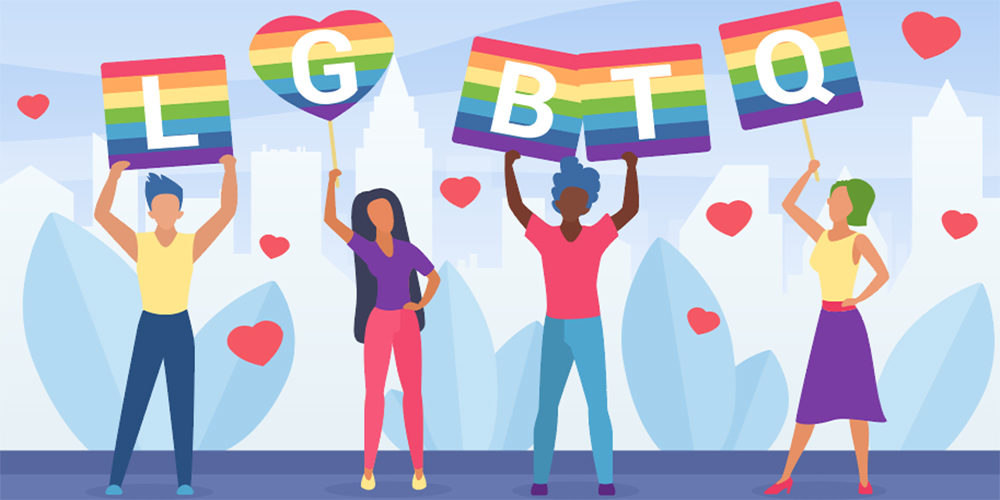 Suicide is the second leading cause of death among people ages 10 to 34, and survey results released yesterday by The Trevor Project, an LGBTQ youth crisis intervention and suicide prevention organization, found the LGBTQ youth community is disproportionately affected.

The 2020 National Survey on LGBTQ Youth Mental Health polled 40,000 LGBTQ people between the ages of 13 and 24 from Dec. 2, 2019, to March 31, 2020, on topics affecting mental health, including discrimination, housing instability, barriers to mental health care, and the prevalence of conversion therapy — the practice of trying to change a person’s sexual or gender identity.

However, only 20% of transgender and nonbinary youth said their gender identity is respected by “all or most” people in their lives.

“The simple act of acceptance and letting kids express their identity can be incredibly powerful,” said Amy Green, the study lead and director of research at The Trevor Project.

The survey revealed the need for safe spaces for queer communities, especially its younger members, since nearly half of respondents said they wanted but could not get mental health care in the past year, with affordability being the strongest barrier. Another 40% reported they were unable to receive care due directly to concerns with parental permission and nearly 50% of transgender and nonbinary youth didn’t receive wanted mental health care due to concerns related to the LGBTQ competence of providers.

Further, 60% of participants said those close to them have tried to convince them to change their sexual orientation or gender identity, with 35% of those respondents indicating that person was a parent or caregiver.

The survey also found that 86% of respondents reported having one person who strongly supports them as an LGBTQ person. Those who have a supportive person in their life reported lower rates of suicide attempts overall.

To find out how you can get involved or for more information on available resources, visit The Trevor Project’s website.