A recent editorial published in the New England Journal of Medicine recommends the new strategy for areas of hospitals with incapacitated patients. 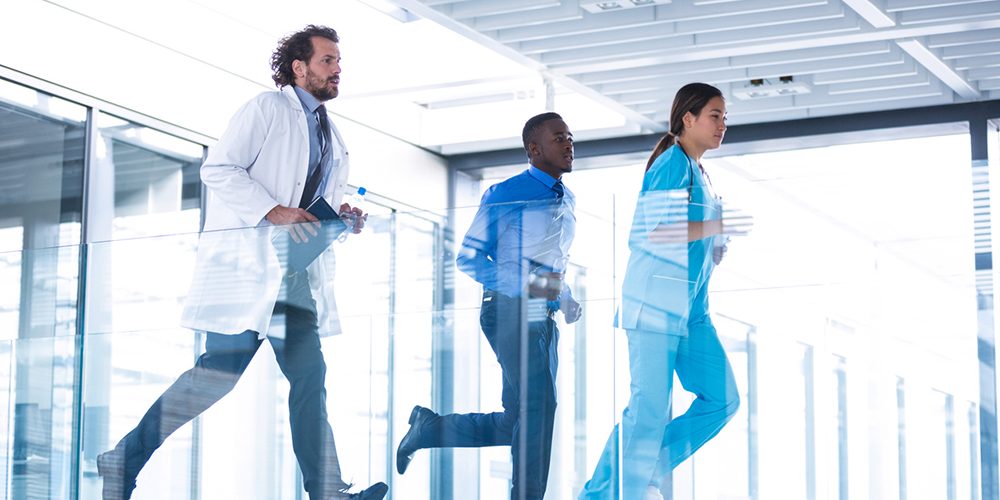 The authors developed the new strategy after studying data on hospital shootings.

Certain areas within hospitals should transition from the “run, hide, fight” strategy for active shooter response to the “secure, preserve, fight” strategy, according to a team of physician experts.

Dr. Ken Mattox, a Texas Medical Center trauma surgeon, along with three other experts, wrote in a recent editorial for the New England Journal of Medicine that a “secure, preserve, fight” active shooter strategy would help address both practical and ethical concerns in certain locations within healthcare facilities, reports The Chronicle.

“For professionals providing essential medical care to patients who cannot run, hide, or fight owing to their medical condition or ongoing life-sustaining therapy, a different set of responses should be considered — secure the location immediately, preserve the life of the patient and oneself and fight only if necessary,” reads the editorial.

The authors developed the strategy after reviewing data on hospital shootings between 2000 and 2011. The strategy, according to the authors, focuses on preparation with designated areas having devices that can lock and secure doors and entry points.

In the editorial, Mattox refers to the 2017 false report of an active shooter at Houston’s Ben Taub Hospital, where he is chief of staff. Parts of the hospital were evacuated but some staff followed the well-known strategy and chose to run and hide.

“If you run, you’re abandoning your patient,” Mattox said. “And if you abandon your patient and a shooter comes in, then that person is a ready-made target. If you stay, then you risk making your child an orphan.”

Although physicians, staff, patients and visitors should follow the “run, hide, fight” strategy if they can, the authors argue that the strategy does not work for incapacitated patients.

The experts propose the “secure, preserve, fight” strategy in these particular situations, where critical rooms with incapacitated patients serve as secure areas where staff and security personnel can gather, according to Houston Public Media.

Mattox hopes the modified strategy will become a national campaign led by the American College of Surgeons and the Department of Homeland Security.

Two of the authors, who are physicians turned-SWAT officers, have shown the editorial to law enforcement officials, said Mattox.