A homeless man was found stabbed to death on a bench on the property of Providence St. John’s Health Center Friday morning. 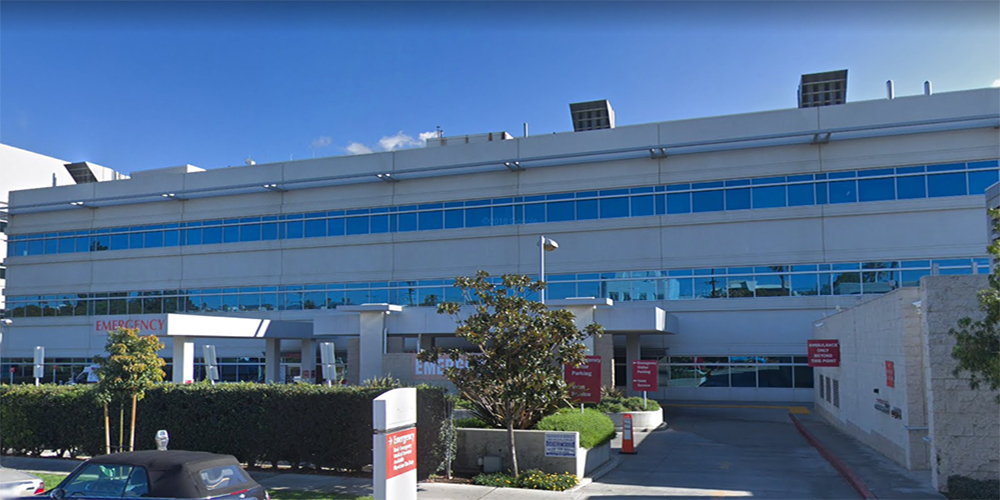 Another man is being held on $2 million bail on suspicion of murder. (Image: Google Maps)

A man has been arrested in connection with the suspected murder of another man whose body was found on the grounds of a Santa Monica hospital Friday morning.

Daniel Roy Davis, 26, was arrested on suspicion of murder after police received a call at approximately 6:44 a.m. regarding a deceased person found on a bench on the property of Providence St. John’s Health Center, reports The LA Times.

The victim, identified as 41-year-old Justin Patrick Lee, a transient in the area, appeared to have suffered stab wounds during an attack. A coroner’s investigation determined he died from blunt force chest trauma.

Police said they found Davis near the hospital grounds and arrested him on suspicion of murder after they recovered evidence linking him to the crime.

Late into the morning Friday, detectives were still interviewing hospital staff and canvassing the area for potential witnesses or security footage, according to SMDP.

“We were deeply saddened to learn a body was discovered this morning on the Providence Saint John’s Health Center campus,” hospital spokesperson Patricia Aidem said in a statement. “We are working with Santa Monica Police, and are asking our employees and the public to report to the police anything noteworthy they may have observed in the area over the last 12 hours.”

Rodriguez described the grounds where Lee’s body was found as “tucked away” from parts of the hospital that typically has heavy foot traffic.

A motive and whether the victim was a patient at the hospital, which is patrolled by a 24-hour private security service, remain unclear.

Davis is being held on $2 million bail and his case will be presented to the Los Angeles County District Attorney’s Office on Tuesday.

Anyone with information is asked to contact the Santa Monica Police Department at 310-458-8491.