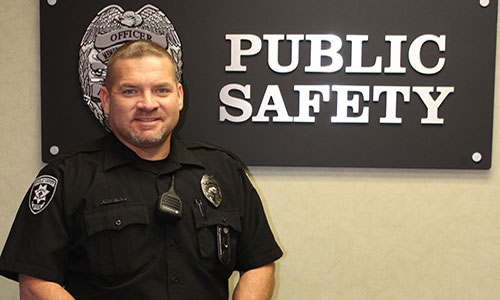 A public safety officer at Memorial Healthcare in Owosso, Mich., received an award for saving a man’s life.

Officer Geno Mangino was conducting exterior patrol operations on July 10 when he observed a vehicle making its way to the main entrance of the hospital. Mangino approached the car to tell the driver he would need to go to the emergency department entrance to gain access to the facility.

The driver, James Ruthenberg, started having chest pains and drove himself to the hospital.

“I knew what to do. You know, get to the hospital. I guess in hindsight, I should’ve called an ambulance, but I drove my car,” he said.

Ruthenberg had suffered a heart attack and was passed out on the steering wheel when Mangino arrived, according to WNEM.

“I was able to open the door and get access to him and assess that he was having some sort of medical emergency,” Mangino said. 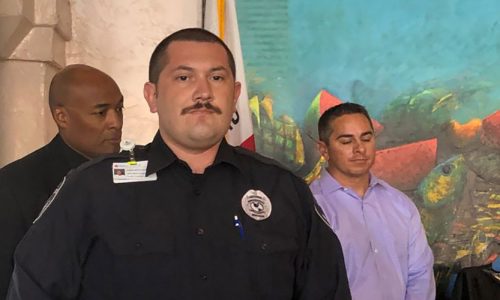 Mangino found no pulse and immediately began CPR while calling for assistance on his radio to the emergency room staff. He continued CPR for several minutes until he was relieved by ER staff, including Dr. Christopher Clark.

At a Sep. 26 ceremony honoring Mangino, the officer and Ruthenberg met for the first time.

“I didn’t wake up for two or three days in the hospital, but I was glad he was there to save me,” Ruthenberg said.

Mangino was also given the American Heart Association Hero Award.

“I didn’t expect any recognition for it. I was just happy I could be there for him,” he said.