The suspect is expected to be arraigned on the charge of first-degree murder after allegedly shooting and killing his mother.

A man is accused of shooting and killing his elderly mother in the ICU at Dartmouth-Hitchcock Medical Center in Lebanon, New Hampshire.

An elderly woman was allegedly killed by her own son at New Hampshire’s largest hospital on Tuesday.

Travis Frink, 49, is suspected of shooting and killing his mother, Pamela Ferriere, 70, while she was in the intensive care unit at Dartmouth-Hitchcock Medical Center in Lebanon. No possible motive has been released.

Frink is expected to be arraigned today at the Grafton County Superior Court on the charge of first-degree murder, reports Boston.com.

“Facts gathered to this point reveal that the purpose of Mr. Frink’s visit to the hospital today was to kill his mother,” says New Hampshire Attorney General Gordon MacDonald.

Federal, state and local law enforcement officials all responded to the shooting.

Frink was captured by Lebanon and Canaan police as he attempted to flee the hospital. No one else was injured.

Silas Baker, a patient who was in the ICU recovering from brain surgery at the time of the shooting, says he heard five to six shots, according to NBC Connecticut.

Employees and patients were evacuated into the parking lot following the shooting and the hospital was placed on lockdown.

One employee says all workers received a “code silver” email from the hospital, indicating a violent occurrence on the grounds. The email said to get out if possible or to otherwise shelter in place.

Another hospital worker says at first he thought the incident was a drill, reports WBZ-TV.

“We thought it might be a drill. We do several drills at the hospital a year,” he said. “We talked about it and decided to evacuate to the hallways. When we got to the hallways, we realized it was a serious situation, that people were pouring down the hallways.”

Susan Flynn, who was about to have surgery at the hospital, says she was sitting out on a hospital patio with her husband when the shooting occurred.

‘‘We were sitting in this patio area and two police came running out with guns and those shields that they wear and said, ‘Run, run!’ So we ran out of there as fast as we could and on to next location and kept moving and moving to different locations until they put us in a secure location,’’ says Flynn.

Although authorities have released little information about Frink, a 2013 article says his wife and son were found dead in a running car in an apartment complex. Police suspected that alcohol played a role.

Dartmouth-Hitchcock president Joanne Conroy praised her staff, saying everyone did exactly what they had leanred to do in active shooter trainings.

“You became very creative over the hours. One team set up a MASH unit in the parking lot and saw over 40 patients, removed stitches, changed dressings and scheduled those patients to return later this week for follow up,” says Conroy. “For those that sheltered in place, thank you for the care and comfort you gave to patients and their families during this stressful time.”

Conroy says a town hall meeting will be held today from noon to 1 p.m. to discuss the hospital’s next steps. 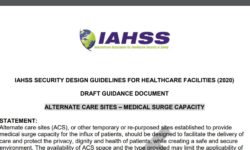