One of Houston’s level 1 trauma hospitals is in the midst of evacuation while the University of Houston is closed through at least Wednesday.

Rainfall from Hurricane Harvey is now more than 50 inches, which is a continental U.S. record. Thousand of homes are flooded, and thousands of south east Texas residents are in shelters.

Hurricane Harvey, which started as a Category 4 hurricane on Friday and was downgraded to a Tropical Storm on Saturday, devastated Southeast Texas over the weekend with torrential rain and damaging winds. Campus closures and evacuations continue, especially in the Houston area, which was the hardest hit major city.

The storm reached 130 miles per hour at its landfall near Rockport, Texas on August 25 and flash flood warnings are still in effect for 11 Houston counties.

The first day of school for Houston Independent School District was originally scheduled for August 28 but has been pushed back due to the severe damage caused by the storm, reports the Houston Heights Patch. Schools are expected to reopen on Tuesday, September 5, following the Labor Day holiday. 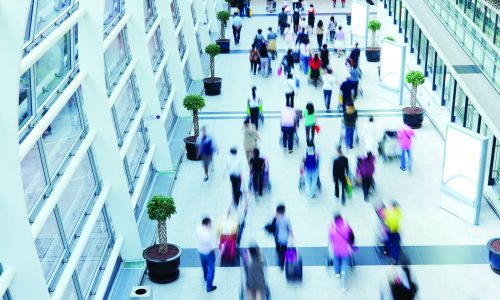 As of last Friday, all school activities were also canceled.

“HISD officials have been closely monitoring the forecast and have determined that the storms and heavy rains that affected parts of the city make conditions too dangerous for school to begin any sooner. Many in the HISD family will be dealing with the task of cleaning up the damage Harvey left behind,” says a statement from HISD.

University of Houston Forced to Close During Harvey

The University of Houston also announced that both campuses will remain closed through Wednesday, August 30. The college has been closed since 1 p.m. on Friday.

The school requested that all personnel remain off campus with the exception of its UH Rideout Team, a collection of employees who maintain operations at locations which must remain open during an emergency or incident.

Two dining halls are being operated by Rideout personnel to accommodate the estimated 2,000 out of 8,000 on-campus residents who remained on campus during the storm. Two campus convenience stores also remain open.

The statement additionally says that the school’s Emergency Operations Center, which is staffed 24/7, is continually monitoring the storm along with the National Weather Service and local and regional government emergency partners. Contingency plans for potential evacuation are in place as well.

All residential facilities meet hurricane building codes and are staffed by Rideout personnel, according to the release. Each building is also equipped with backup generators. Only one residential hall, Bayou Oaks, experienced flooding and forced the relocation of its residents to a different housing facility.

The university is housing a number of first responders on campus to assist in its efforts to keep students safe.

Ben Taub General Hospital, one of two top-tier level 1 trauma centers in Houston, is in the process of evacuating its patients. Flooding in the basement has left patients and staff with only two days’ worth of dry food, one day worth of chemotherapy treatments, and compromised pharmaceuticals, according to the Chron.

Water and sewage have penetrated the basement and is waist-high in some areas.

The hospital currently has 360 patients, with 17 or 18 on life support, who hospital spokesman Bryan McLeod says were the first priority.

“There is no immediate urgency to getting patients out, but it makes sense as a precaution,” says McLeod. “Facing multiple days of rainfall, the margins could get thin.”

At 6:50 p.m. on Sunday, Harris County Judge Ed Emmett said critical care patients, although it was unclear how many, were evacuated after the flooding began to disrupt power. The patients were transferred by U.S. Coast Guard helicopters to Memorial Hermann Hospital, the other level 1 trauma hospital in Houston.

As of Sunday night, the hospital was still waiting for high-water ambulances and buses from the Catastrophic Medical Operations Center, which is housed in Houston’s emergency command center.

Harvey Has Potential to Make History

Harvey could end up being one of the worst flood disasters in U.S. history with the potential for 50 inches of rain in some areas, according to Weather.com.

The last Category 3 or higher hurricane that made landfall in the U.S. was Hurricane Wilma in 2005 which pummeled South Florida.

Additional rain and wind are expected throughout the week which will inevitably create an even more difficult situation for cleanup efforts. 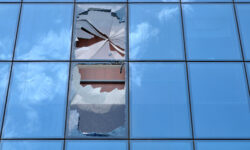 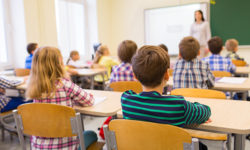 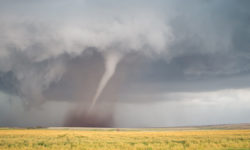