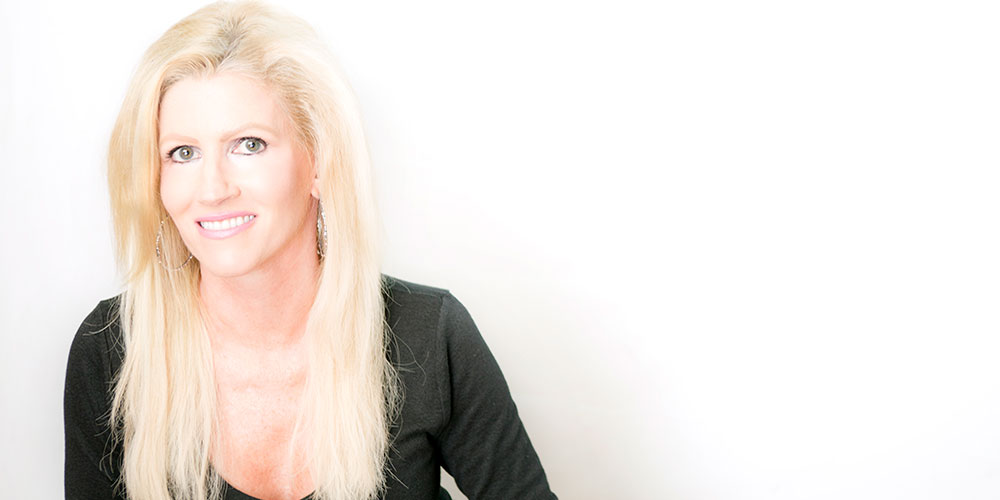 Stefano was a sophomore at UC Berkeley and worked patrol for the campus police when she was attacked. (Photo Credit: JKS Communications)

Stefano was a sophomore at UC Berkeley when she was sexually assaulted at knifepoint outside her apartment one summer night in 1984. She worked patrol for the UC Berkeley police and had just changed into her street clothes before walking home after her shift.

Stefano survived the assault, later testifying at her attacker’s preliminary hearing and sitting through a grueling cross-examination at a jury trial. Ironically, she went on to become a criminal defense lawyer for eight years, but her physical and emotional trauma continued to take its toll.

In 2014, Stefano learned her attacker went on to sexually assault more women and is now serving life in prison. Flash forward to earlier this summer, Stefano took back the power stolen from her 35 years ago and released her memoir, “What a Body Remembers,” which recounts her assault, her attacker’s trial, her PTSD and her life today.

We spoke with Stefano about her recovery, the #MeToo movement, her beliefs as a criminal defense lawyer and her advice for anyone going through — or anyone who may go through — a similar traumatic incident.

Q: What are your thoughts on the efforts being taken at colleges and universities to address sexual assault?

Q: Have there been improvements in the legal system regarding flaws in cross-examination or leniency in sexual assault cases?

KS: Certainly legislation has been enacted to improve how victims are treated within the system. The Violence Against Women Act, enacted 25 years ago, is one example. There have been changes in the law to enhance victim’s rights and many District Attorney’s offices have a victim liaison office. But based on my experience as both a lawyer and a victim in the criminal justice system, there is still room for improvement.

How? Start with simple communication. Most victims don’t have the first clue what to expect from the system and that alone is anxiety-inducing. DAs have to view themselves as advocates for victims in the system, just as criminal defense lawyers act as advocates for their clients. Simply telling a person what to expect procedurally from the system goes a long way toward helping those individuals navigate the system — whether they are victims or persons accused of crimes.

Q: Can you speak to the importance of self-care following a traumatic event such as a sexual assault?

KS: Self-care has to be the primary focus following any traumatic event. This means asking for help. Being kind to yourself. Watching what story you’re telling yourself internally. Don’t say, “I’m going crazy.” Adjust that self talk to, “Something terrifying happened and I am processing this and it’s going to be uncomfortable and take some time.” Something along those lines — something that creates an internal narrative that is more compassionate toward yourself. Make necessary life adjustments. If you have the resources, absolutely go to therapy. If your first therapist feels like a bad fit, find someone else, but go.

Q: Is there anything you wish you did differently in your recovery?

KS: My advice stems from my own experience — from what I didn’t do for myself; from what I learned only years after the event about self-care and processing trauma. And I paid dearly for my failure to engage in self-care, my failure to ask for help, my self-delusion in thinking I could just press this event down, suppress it and make it go away. I did myself a huge disservice in shunning offers of help and insisting on my mantra of, “I’m fine. I’m fine. I’m fine.”

Q: Has the #MeToo movement helped you in your recovery?

KS: My “recovery” actually took place prior to the #MeToo movement. But I put that word in quotes because “recovery” is not always a linear journey. There are ups and downs, days where I feel strong and powerful, balanced by days where I feel weak and powerless. From my perspective, the #MeToo movement has helped women appreciate the importance of speaking out, in letting others know they’re not alone, in letting everyone know there are many ways to heal.

Something I discuss in my book is how, as a woman, the risk of sexual assault forms the rules I must follow, including how I should physically get myself from Point A to Point B. Because I am female, I do not have the same freedom of safety as a man. There are inherent difficulties inhabiting a female body and those difficulties are exacerbated when that body attempts to exert power of any kind. This is something our fathers, brothers, husbands, boyfriends and sons don’t seem to fully understand, and they won’t understand until we make them understand. That understanding develops through dialogue — often difficult and uncomfortable dialogue.

Q: What advice do you have for college students to protect themselves on campus?

KS: I’ve been asked this question before and as simple as it seems, it’s a question I always struggle to answer because I don’t want to instill fear. Fear is a prison. And yet, as I stated before, there are different realities for those of us inhabiting female bodies. Faced with that reality, I can only reiterate what has been said many times before: Be aware of your surroundings. Stay in groups as much as possible. If you’ve been drinking, be sure to have a “sober buddy” by your side. Don’t assume you’re invincible. Know how statistically frequent assaults are. Know it can, in fact, happen to you. Armed with that knowledge, do everything in your power to prevent it.

If you are a survivor of sexual assault and are looking for someone to talk to, here are some resources: