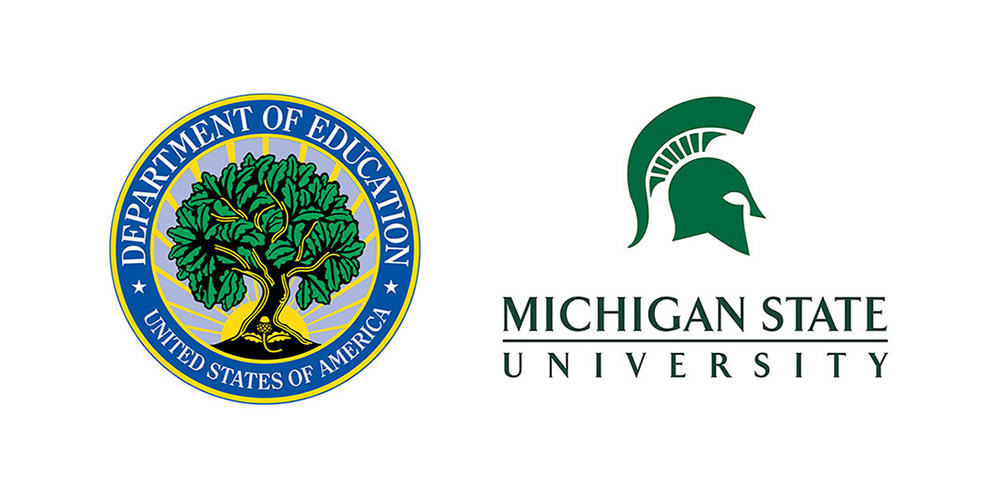 The school's request to end federal oversight by the Department of Education was rejected.

Last fall, Michigan State University officials asked the U.S. Department of Education to end its monitoring of the school following alleged mishandlings of sexual assault and gender discrimination, saying administrators had been acting in “good faith” and had gone “above and beyond” in meeting standards laid out by the department.

The university has been under the department’s oversight since 2014, stemming from two incidents of mishandled sexual assaults.

In 2010, the Office for Civil Rights offered informal guidance to administrators when they came under scrutiny after a female student reported she had been raped by two MSU basketball players. The student filed a federal complaint against the school in 2011. 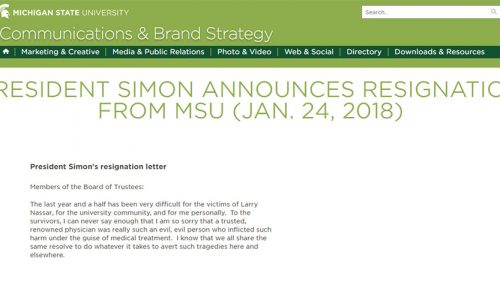 Then, in 2014, another female student filed a federal complaint against the school after officials reportedly mishandled her sexual assault allegation.

The October 10 request for ending federal oversight was rejected by federal officials. A document obtained by ESPN says MSU administrators did not notify federal officials that the university had dual Title IX and campus police investigations of Larry Nassar underway in 2014, even though federal investigators were on campus that year investigating the two federal complaints.

The document also says MSU administrators still have not provided the agency with all documents related to the allegations against Nassar.

The department’s investigation into the federal complaints found MSU had fostered a “sexually hostile environment”. In an August 2015 agreement between the school and the Office for Civil Rights following the investigation, MSU was mandated to provide the office with documentation of all prior complaints of sexual assault and harassment by January 2016.

MSU did not comply until almost a year later and the list of complaints did not contain reports made against Nassar, according to the document. An attorney from the school’s general counsel’s office called it an “unfortunate oversight”, indicating it could have been the result of a staff transition within the school’s Title IX office.

In March 2017, it was also discovered that the school had missed eight additional reports, although it is unclear if they were related to the Nassar scandal.

According to Outside the Lines, MSU still has not provided all Nassar paperwork. On January 17, an attorney with the Office for Civil Rights wrote MSU to inquire about the review of the missing files as the office had not received any additional documentation. A university attorney indicated they would be providing an update by January 31.

Following Nassar’s sentencing on Wednesday, Judge Rosemarie Aquilina called for a “massive investigation as to why there was inaction, why there was silence.”

MSU officials, including president Lou Anna Simon who announced her resignation on the same day Nassar was sentenced, deny any sort of cover-up or prior knowledge of sexual abuse by Nassar.

Kyle Stephens, a family friend of Nassar who says he molested her for years at his home, says she told campus counselor Gary Stollak about the abuse in 2004, according to the Associated Press. Nassar met with Stollak regarding the allegation and denied it. No police report was made.

In 2016, Stollak testified that he couldn’t remember anything because of a stroke.

“He didn’t report it, and he’s a mandatory reporter,” Stephens said. “Michigan State keeps saying that ‘we didn’t know.’ Who should I have told? Tell me who I should have told so I know what I should have done. They are continuing to drag out my pain, and that is inappropriate.”

Other victims say they reported Nassar to former head gymnastics coach Kathie Klages, who allegedly discouraged them from reporting him further. Klages retired in February and has denied any wrongdoing.

Although federal prosecutors have declined to say if they are looking at any other aspects of the case, the Walker County sheriff’s office is investigating the Karolyi Ranch, a training site for Olympic gymnasts. Some gymnasts have reported Nassar assaulted them there.

In Washington, U.S. senators from both parties have called for the creation of a specialized committee to investigate the U.S. Olympic Committee.