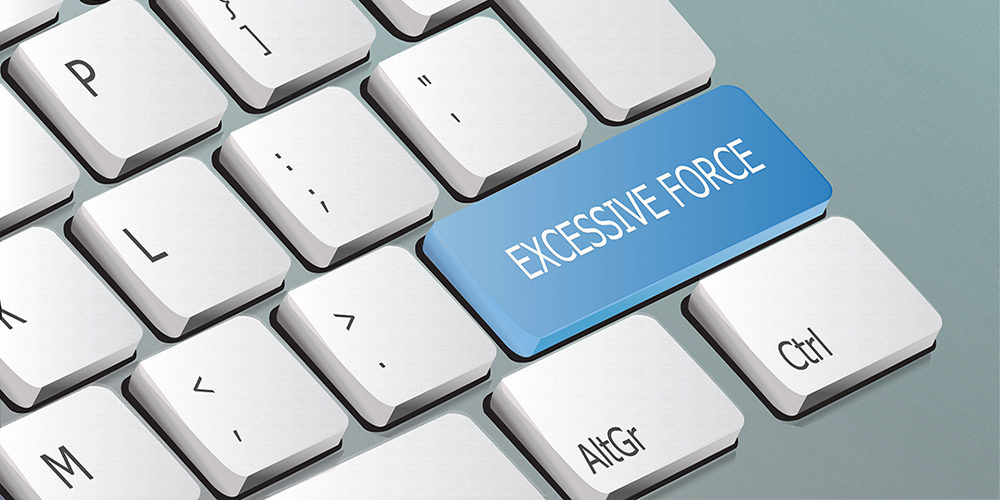 KEENE, N.H. — Keene State University announced it is creating a new Title IX position after two Black students said they were assaulted by six police officers and one was discriminated against in a March incident.

Ndeye Khady Badiane, 23, said she and her fiancé, Tyler Clavelle, were arrested March 16 while she was self-quarantining for COVID-19, reports Boston.com. Badiane said Clavelle had been staying in her dorm to take care of her when a resident director (RD) and campus security officer knocked on her door after smelling marijuana.

The confrontation allegedly started when the RD told Clavelle, who is non-binary, that he could not use the women’s bathroom to wash his hands. The RD then reportedly told Clavelle that they did not believe that he was non-binary because he used male pronouns, did not use a different name, and was not registered with the school as non-binary.

In a statement released last week by Badiane, she said a White nonbinary student in a nearby dorm frequently uses the women’s bathroom without being questioned and that Clavelle was treated differently because he is Black.

“Do you understand that for Tyler’s entire life he has been stereotyped or type casted because of his physical appearance?” she wrote in the statement. “Do you understand how hard it is for black men in today’s society to be able to identify as something other than a male and be taken seriously?”

When the RD tried to make Clavelle leave the dorm, the campus security officer called Keene Police, said Badiane, and two of the officers started to arrest Clavelle.

“The two cops just move towards him, put both of their body weight on him which was unnecessary force so I got up grabbed my phone and yelled to them that I was recording,” Badiane wrote. “One of the police officers was trying to put the handcuffs on him and the other started choking Tyler on the left side of his neck and proceeded to dig his finger into the back of Tyler’s ear to which he screamed out in pain. I could barely move a second before but the second I saw Tyler’s life in danger my adrenaline went up and I knew I had to do something or he would be another black victim to police brutality by excessive force.”

Badiane said she then tried to jump in between Clavelle and the officers and the campus safety officer grabbed the soles of her feet and dragged her away. After kicking her legs free, Badiane said she saw several police officers running up the stairs “as if this was a raid.” One of the officers then allegedly ripped her cell phone out of her hand, which she had been recording the incident with, and six officers tackled her to the ground.

“I will say the KPD maintains, and there are outside witnesses, that there was absolutely no use of excessive force, and that the minimal force used was reasonable and necessary due to the active resistance of the suspects,” Police Chief Steven Russo wrote in an email to The Sentinel. “As you know, people are free to write any version of events they wish on social media. Those involved and who wrote these posts did not file a complaint with our department, nor any other agency that I know of.”

On Feb. 1, Keene State President Melinda Treadwell sent a letter to the campus community acknowledging the confrontation and what the school will do to improve its incident response.

“As I became aware of their experiences, I spoke with the students directly, conducted an internal review of this incident, and reached out to our City partners to discuss our working relationships, supports, and values,” she wrote. “As a result of this specific incident, we have implemented de-escalation training and we are expanding professional development programming for our employees, we will also be updating our campus safety/Keene City Police crisis management protocols and expectations.”

Additionally, Treadwell said the school will create a position that reports directly to her office to identify what the school needs to do to counter biases on campus, according to The Union Leader.

“Our associate vice president for diversity and inclusion, Dr. Dottie Morris, and I have agreed that a seasoned professional prepared to assess and direct improvements to our policies, communication, and investigation, be brought to the team for a term appointment as we assess needs for Title IX coordination and leadership,” said Treadwell.

Treadwell said the person serving in the new position will be tasked with identifying clear responsibilities and accountabilities for campus response to bias, harassment, or sexual violence reporting from faculty, staff, or students.

One response to “Keene State to Hire Title IX Expert After Claims of Excessive Force, Biases During Student Arrests”