Photo via Adobe, by Andrii Yalanskyi

Huntington, Indiana — In response to allegations of sexual assault and doping of two female cross country athletes by their former coach, Huntington University released the following statement on Saturday:

“For 125 years, Huntington University has strived to carry out Christ’s mission in higher education. Therefore, we were devastated and heartbroken when University leadership were made aware of the allegations included in a civil lawsuit filed on September 30, 2022, against three now formerly affiliated University employees, as well as against the University, and Board of Trustees. Following this discovery many have voiced concern, and we want you to know that we hear you. These allegations are not only disturbing, but also antithetical to everything we stand for. 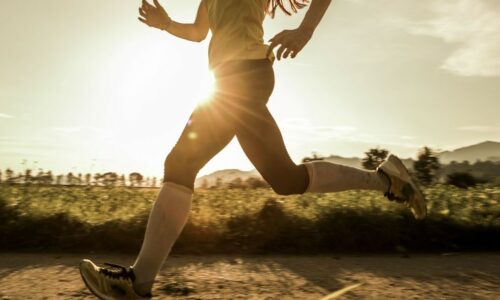 “Nicholas Johnson was employed from 2018-2020 as the head women’s running coach. Following 2020 allegations Johnson’s employment was terminated in December 2020. The two additional coaches named in the suit, Lauren Johnson and Curtis Hines, were placed on administrative leave on October 6, 2022, and will no longer be affiliated with the University’s women’s running program. Additionally, Nicholas Johnson has been removed from the University Hall of Fame.

Following Nicholas Johnson’s termination in 2020, several additional policies, procedures and personnel were added to our operations to provide additional oversight such as an Athletic Ombudsperson Policy, refined travel policies, treatment policies, and facility usage policies, to name a few.

“The University has now engaged an external review team to provide an independent review of the University’s Title IX and Sexual Misconduct policies and procedures and to provide recommendations regarding changes the University should consider implementing based on legal compliance and/or best practices. Katherine Nash of Lathrop GPM will be leading the review. Nash and her team have extensive experience advising institutions in the areas of Title IX and sexual misconduct. The review will also examine the supportive measures used to protect all students, and to promote a culture of trust, integrity, and safety. University leadership and the board of trustees have pledged their full cooperation.

“As a university, we remain committed to the well-being of our students, alumni, faculty, and staff. And moreover, we desire to exemplify moral and spiritual integrity as we call upon Christ’s redemptive work in our lives.

“We grieve for the pain and loss these two former students are expressing. We pray for full healing and restoration in their lives and the lives of everyone impacted. We will work as a University community toward forgiveness and reconciliation in this matter.”

The statement follows a lawsuit filed September 30 by two former student athletes who allege Nick Johnson took female runners individually on runs to isolated locations, sexually assaulting them under the guise of “hugging” them for good performances. The lawsuit also claims the women were injected with unknown substances. The lawsuit alleges Nick Johnson’s wife, Lauren Johnson and Hines – both of whom worked under Nick Johnson – as well as Huntington University knew about the abuse