The Department of Education requires schools to keep these Clery Act documents for seven years. 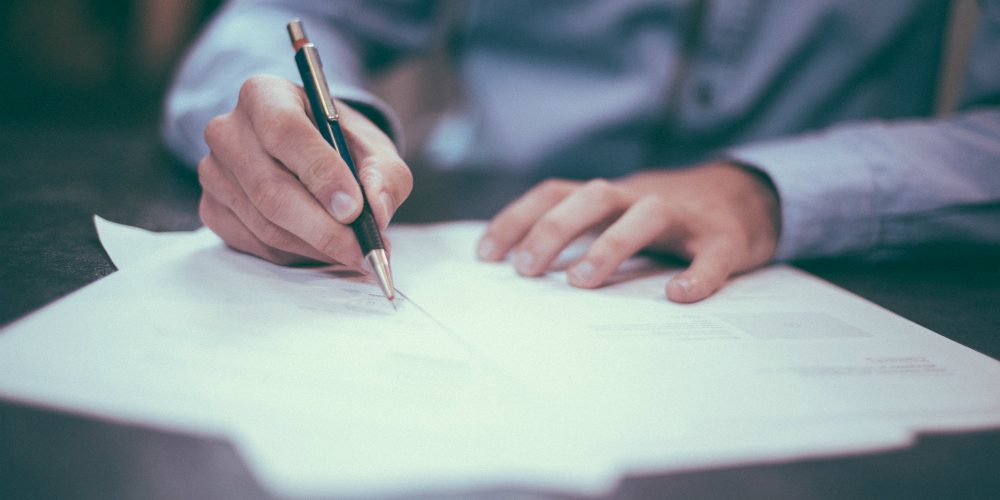 Institutions of higher education may be fully compliant with the Clery Act, but if staff members can’t produce Clery Act documents proving their compliance to government officials during an audit they’re still vulnerable to fines.

That said, there’s a lot of documentation that goes into Clery compliance, so which documents should schools keep?

In the 2016 Handbook for Campus Safety and Security Reporting, the Department of Education states “Be sure to retain the annual security report and all supporting records used in compiling the report to which they apply.”

Unfortunately, this isn’t the only piece of guidance the Department of Education has given that’s vague and somewhat open for interpretation. But alas, the handbook later gives a list of eight types of Clery-related records schools should keep (toward the end of Chapter 9).

Please note that this is not an exhaustive list, but it’s a fairly comprehensive start. The following documents should be clearly dated and easily retrievable.

If your institution is scanning documents, be sure to scan the complete document.

Last but certainly not least, make sure that more than one person on campus knows where all this documentation is kept!

Schools should be collecting all documentation for CSA-reported crimes. The Department of Education also recommends schools make it easy for CSAs to report information to the person or office responsible for compiling your institution’s crime statistics. We’ll talk more about CSA correspondence later.

If there is reason to believe that a crime report was not made in good faith, and your institution does not include the reported incident in its crime statistics, the Department of Education strongly suggests that you document the justification for not including the crime in those statistics. 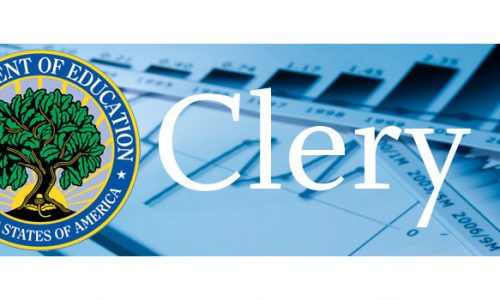 Institutions with a campus police or security department must create, maintain and make available a daily crime log. Crime logs should include all crimes reported to the campus police or security department and feature the date a report was made. The Department of Education instructs colleges to update these logs within two business days of the crime report and to make the log available to the public during all business hours. The same goes for fire logs, which can be merged with crime logs.

3. Arrests and Referrals for Disciplinary Action

This is one of four general categories of crime statistics required to be disclosed by the Clery Act. Arrest and disciplinary referrals must be disclosed separately from criminal offenses, hate crimes and VAWA offenses (instances of dating/domestic violence and stalking).

The Clery Act requires colleges to issue timely warnings about crimes that “pose a serious or continuing threat to safety.” Your reports should show that the warning was issued as soon as pertinent information became available, the nature of the crime, the content of the warning and who it was sent to.

Participants are encouraged to bring the most recent version of their institution’s annual security report so the Clery Center experts can answer any specific questions they may have.

All crimes reported to campus security authorities should be documented (here’s another reminder that more than one person on campus should know where that documentation is kept). Coordination between CSAs and their superiors can also be helpful to keep if auditors show up on your campus. The Department of Education recommends CSAs who don’t have crimes to report document this in writing, which could be helpful to keep if a student is claiming a school mishandled or ignored his or her complaint.

The Clery Act requires colleges to make a “reasonable, good-faith effort” to obtain Clery Act crime statistics from all local law enforcement agencies that have jurisdiction over the school’s Clery Act geography. The requests should include:

P.S- These requests are also obligated if a college has a campus in a foreign country.

7. Clery Act Correspondence with The Department of Education

This may seem obvious, but keeping these records will help you ensure you’re fulfilling every request made of your institution. Similar to dealing with a car mechanic, the documents can also be used if Department of Education officials make a mistake (I know, I know, impossible).

Keeping Annual Security Report availability notices will help you prove your ASR was published and distributed by the October 1 deadline. The notices should include a brief description of the ASR’s contents and give current/prospective students and employees the opportunity to request a copy.

“Be sure to retain the annual security report and all supporting records used in compiling the report for three years from the latest publication of the report to which they apply. For example, the 2015 annual security report should contain statistics for 2012, 2013 and 2014. The 2012 statistics and supporting records must be kept until Oct. 1, 2018—in effect, seven years.”