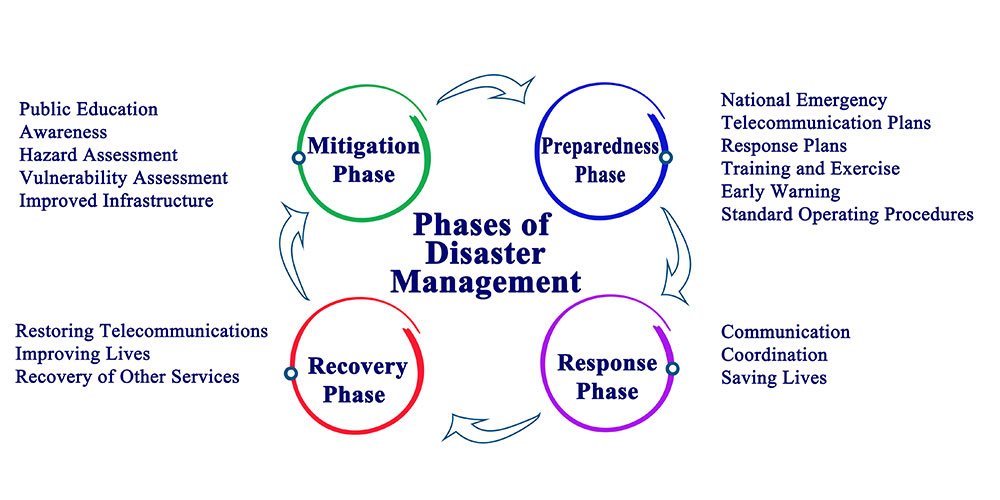 “Active shooter” is a term used daily in the world of campus safety and security, but the fact of the matter is, an active shooter incident can happen anywhere — albeit it is extremely rare.

Despite its rarity, preparing for the possibility of an active shooter can only benefit yourself and those around you.

Earlier this year, Campus Safety hosted a webinar led by Lieutenant John Weinstein, who serves as the district commander for the Northern Virginia Community College (NOVA) police department and oversees police operations on three campuses with over 40,000 students.

In the webinar, Lt. Weinstein discussed the gamut of active shooter training and what all people — not just those involved in school safety — can do to increase their likelihood of survival in an active shooter incident.

Prior to joining NOVA police, Lt. Weinstein served as a chief of police, deputy sheriff and patrol officer. He is also a certified instructor in verbal de-escalation, firearms and active shooter tactical response. Lt. Weinstein’s impressive background helps explain why we received dozens of questions from our webinar listeners, many of which we were unable to answer in the time allotted.

Lt. Weinstein took the time to respond to the questions we didn’t get to. Although the 11 questions addressed here are posed by those involved in keeping schools or hospitals safe, much of Lt. Weinstein’s advice can be applied in other locations.

Q: What is your suggestion for plainclothes and police response to avoid “blue-on-blue” shooting during an active shooter incident?

A: Many departments, including Northern Virginia Community College police, equip officers with Velcro armbands to identify responders as such, in hopes of reducing blue-on-blue violence. Remember, however, these armbands can be purchased by evil actors, and responders may not have their armbands handy, so identification of good versus bad guys is never certain.

Q: I have read many post-incident reports and found many clues as to things that can be done from an engineering perspective to prevent and mitigate active shooter incidents. However, I seldom, if ever, see this addressed. Why?

A: Crime Prevention through Environmental Design (CPTED) addresses the physical aspects of campus safety. I would recommend persons interested to take a class on this. Three points are important to note.

First, design needs to be addressed when new buildings are being planned. Unfortunately, police and security inputs are rarely sought by facilities planners. Campus security officials need to insert themselves into the process.

Second, design options may serve conflicting priorities. For instance, facilities planners may advocate internal glass walls for aesthetic reasons and police may advocate for them because transparency is the best way to fight the most frequently encountered concerning behaviors, such as harassment and larcenies. On the other hand, faculty often cover glass windows in their offices because they want privacy. Further, in an active shooter situation, responders are at greater risk during entry when their movements are revealed by glass interiors.

Finally, the physical environment should be evaluated with respect not only to response but also deterrence/prevention of, mitigation of and recovery from active incidents. Here’s a link to the fundamentals.

Q: When adding cameras to an elementary or middle school, what basics should be covered?

A: The question to address with cameras is what purpose they are intended to achieve. Unless cameras are monitored continuously — and few schools have sufficient staff to do this — they will not serve to deter a shooter.

Certainly, cameras can be used after the event to identify a shooter but by then, it is too late. This is not to say that cameras do not have important security benefits; just that they are unlikely to deter/prevent an active shooter.

Q: Can you comment on the narrative that “gun-free zones,” like schools, colleges and churches, are attracting active shooters?

A: We know several things about active shooters: they want to continue killing for a long as they can with few impediments (e.g. armed citizens) and they are usually familiar with their killing fields, so defenseless people are easier targets.

From this perspective, one could conclude “gun-free zones” are problematic. As a firearms instructor and “gun guy” who has taught hundreds of people how to shoot, I have serious reservations about concealed carry on campus as a strategy to prevent, respond and mitigate active threats.

However, if a local school board or state legalizes concealed carry, there are steps schools need to take to prevent associated, undesirable consequences. You can read more of my thoughts on this topic here and here.

Q: What are your feelings on Stop the Bleed kits?

A: I strongly encourage every school to implement a Stop the Bleed program. All faculty, staff and students (including those over 10) should be trained on how to apply a tourniquet, which tourniquets are most effective and easiest to apply (CATs), and how to pack a wound to stop blood loss if tourniquet use is inappropriate.

All NOVA officers carry tourniquets and they are also located in our cruisers. NOVA police and emergency management teach this course on our campuses to faculty, students and staff. The certification course is two hours in duration and empowers people to save lives, not only in active shooter situations, but in any disaster or accident scene. One thought is to collocate tourniquets with automated external defibrillators (AEDs).

Q: What should the criteria for a “safe room” be in an active shooter situation?

A: A safe room should have (at a minimum) the following characteristics:

Q: Overall, who has the ultimate authority when it comes to active shooter incidents?

A: The best way to think of active incidents is to go beyond exclusive consideration of the response phase. In some ways, the most effective safeguards against shooters is the prevention phase, but also the mitigation and recovery phases are key to minimizing the consequences of an attack.

Different school entities have the lead in different phases. For instance, police and security play a major role in the response phase and may also play a positive role in the prevention phase through training. However, fire/rescue plays the key role in the mitigation phase while the school president, along with facilities, the PIO, legal and financial officials, will lead recovery.

I cannot stress strongly enough that a coordinated strategy involving all school actors, along with local responders, across all four crisis phases (prevention, response, mitigation and recovery) before a crisis occurs will both save lives and minimize liability.

Q: Thoughts on pulling the fire alarm to notify others in the building of an active shooter?

A: I do not advocate pulling fire alarms because, in some cases, sprinklers are activated, making the environment more dangerous for evacuees and impeding responder entry. Also, it reduces communication between those leading evacuees and those evacuating. Finally, it makes it difficult for response teams to communicate with dispatch and each other, thereby potentially reducing their effectiveness.

Q: How would you counsel people with physical disabilities/mobility issues on responding to an active shooter event?

A: People with physical disabilities that reduce mobility may not be able to evacuate. It is the responsibility of those who evacuate to inform responders of the locations of these individuals. At the same time, people with limited mobility — as well as others who may choose not to evacuate — should be taught how to hide and how best to protect themselves (i.e. fight/resist) should a shooter enter their area.

Q: You believe escaping a facility is better than hiding in place, but what about other shooters waiting outside for people to come out?

A: The vast majority of people who have been killed in active incidents are those who sought to shelter in place; only a small percentage of people evacuating have been killed by active shooters. There are several reasons I mentioned in my presentation. The main one is shooters are looking to kill the greatest number of people as quickly as they can, so they seek out clusters of people. Evacuees are scattering, and furthermore, a moving target is difficult to hit.

Most active shooter fatalities are caused by victims bleeding out and we know that approximately 80% of the soldiers shot in Afghanistan and Iraq survived if they received medical attention within an hour. Some people who are evacuating can continue to move after being shot and receive prompt medical care, while those who shelter in place are less likely to get out and must wait for medical responders to find them.

Of course, I am concerned by the prospect of multiple shooters. In fact, we will see more of them in the future. Clearly a second shooter waiting for evacuees poses a serious problem. Evacuees must be taught not to cluster when they get outside, to seek out cover, and to be aware of additional threats outside.

Here’s the bottom line: there are no guarantees. An evacuee may be killed and a person sheltering in place may survive. I am addressing generalities. Also, some people are singularly incapable of evacuation. One’s survival strategy must reflect that person’s physical and psychological characteristics, location and the nature of the threat itself. Therefore, a strategy that serves one person may not serve another. Even a strategy that serves a person in a particular location may not serve him or her in another.

Q: If you choose to fight, is it wiser to attack the shooter in a group (swarm)? Wouldn’t that be a form of “clustering?”

A: Fighting a shooter in a group is always more effective than fighting alone.

Lieutenant Weinstein can be reached at jweinstein@nvcc.edu.