Check out how new fire and CO alarms can help your campus comply with the new NFPA 72 code.

The NFPA 72 standard, National Fire Alarm and Signaling Code, has long been the most highly referenced and respected guide for building managers, AHJs and fire systems contractors alike. The recently adopted 2013 edition contains several important changes to support the mission of protecting lives and property within built environments. 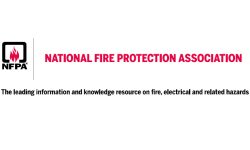 This summer’s NFPA Conference featured lots of new fire safety products from vendors in the industry.

While NFPA 72 is the most widely referenced document for installing fire system contractors, the codes and standards it contains are a distillation from a host of other influential organizations and governing bodies.

Learn where and when you may need to heed audibility requirements of fire alarm and emergency communications systems based on how NFPA 72 has addressed the intelligibility issue.

The installation of fire alarm and ECS can have a significant impact in preserving life safety within schools and campuses. Here are the portions of NFPA 72 to watch.