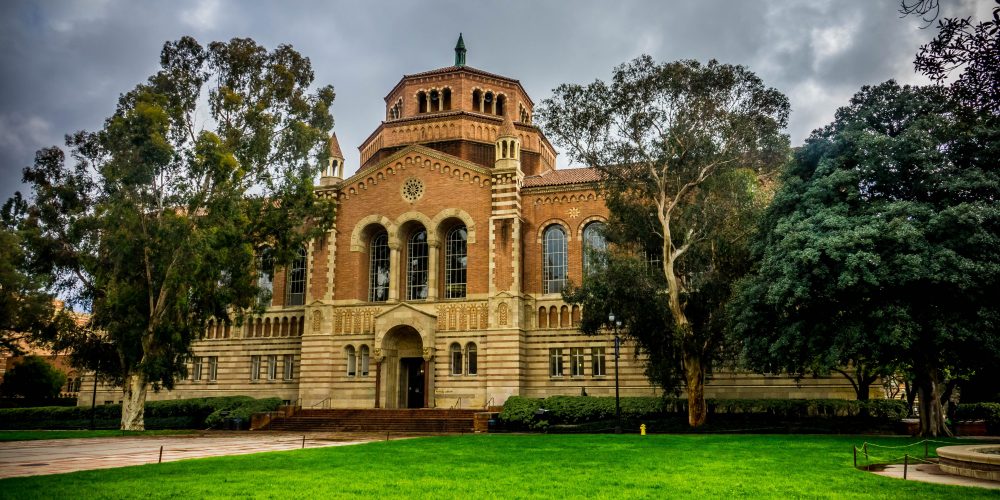 Powell Library at UCLA was ranked a level 5, or serious risk to life.

Dozens of buildings on the UCLA and UC Berkeley campuses have been deemed unsafe and pose a serious risk to life if an earthquake were to occur.

According to a series of recent university studies, 68 buildings at UC Berkeley and 18 at UCLA are seismically deficient, reports the LA Times.

Carol Christ, UC Berkeley Chancellor, recently sent out a message regarding the safety hazards on campus. Christ responded to the 2017 directive from the UC Board of Regents which called on every campus to undertake a risk assessment.

“Because nothing is more important than the safety and well-being of our students, faculty, staff and guests, UC Berkeley has, over the years, spent more than $1 billion to address our buildings’ seismic deficiencies,” she said. “Remediation of those deficiencies is an ongoing process of continuous improvement driven by constant advancements in seismic understanding.”

Independent engineering firms ranked 62 UC Berkeley buildings “poor,” meaning they have a seismic performance rating of “V.” Six buildings were given a “very poor,” or “VI.” There were no buildings that warranted a “VII” rating, which would deem a building “dangerous” per California code.

According to the San Francisco Chronicle, there have been 37 major earthquakes in California since 1975 with magnitudes of at least 5.1 While there have been no injuries on a UC campus, building codes and science has improved since that time.

The next step for officials at UC Berkeley is submitting the findings to the UC Office of the President to support a systemwide effort to address the work that will need to be done on campus. The initial estimate to repair or replace the buildings at UC Berkeley alone is around $1 billion.

In the meantime, the university will limit the usage and occupancy of the deficient buildings and the community will be kept informed on the progress.

Here is the full list of unsafe buildings at UCLA and UC Berkeley: