8 Ways to Detect Terrorism on a College Campus

Knowing the signs and having a strong threat assessment process to address potential threats can help prevent terrorism on college campuses.

In 2009, the U.S. Department of Homeland Security first released information on how to recognize terrorism on college campuses (see 8 Signs of Terrorism in sidebar).

Since then, these eight signs have been adjusted several times to fit specific situations and serve as a good basis for recognizing terrorism on campus. Consider each of the eight signs from the perspective of a campus environment.

Surveillance (No. 1) could include individuals observing campus police or security operations, particularly with respect to large special events such as concerts or athletic events. These individuals might be observed sketching or diagraming venues. Suspicious activities might include using vision enhancing devices or cameras, acquiring floor plans or blueprints, drawing diagrams and showing interest in security and access to facilities.

Elicitation (No. 2) might involve people in or near campus police or security operations trying to obtain information about operations.

Many campuses publish floor plans to their buildings online as well as their emergency operations plans. Public institutions sometimes are compelled to produce these and other documents by way of public records requests. Campus officials should carefully consider what documents should be classified as security documents and thus potentially exempt from their state’s public records statutes.

Related: What Does Terrorism Look Like on a College Campus?

Funding efforts (No. 4) could potentially be successful with student groups that are sympathetic or supportive of terrorist campaigns. They might use their groups’ status with the college to divert funds to support those campaigns. Other sources of revenue for these groups might include membership dues and donations.

Student groups could also potentially provide a way of amassing the necessary equipment (No. 5) for an attack. This equipment might even be stored in campus buildings controlled by registered student groups. (It should be noted, however, that to date there is no verifiable evidence that this type of activity or funding is actually occurring on U.S. campuses.)

Terrorists associated with campus operations might impersonate (No. 6) college officials to gain access to facilities or to important information. Examples abound of animal rights activists getting jobs at university animal laboratories to gain access to facilities. Background checks for employees and strict access control and identification procedures for high-risk areas is a must.

It could be very difficult to detect individuals rehearsing (No. 7) terrorist acts. Many times, these acts are not rehearsed, or the rehearsal might be conducted during the day when campus activities are at a peak. Or, rehearsals might be conducted at night and on weekends when few people are around. Be watchful for suspicious people and vehicles in areas that are not open to the public.

Finally, deployment, the last of the eight signs, means the terrorist act is imminent. Vigilance and a good response plan are essential to a successful response and mitigating loss due to a terrorist incident.

Several high profile tragic events on college campuses have led to institutions of higher education developing a behavioral threat assessment process. Those processes vary widely depending on the size and composition of the institution, along with several other factors. Most of these assessment groups grew out of the need to address aggressive and threatening behavior by students and staff. Many of these groups were reactionary, being called to react only after an incident occurred.

The events at Virginia Tech and, shortly thereafter, Northern Illinois University, served as an impetus to involve the campus assessment process in a preemptive way, moving more into the realm of prevention. Shortly after Virginia Tech, the National Association of Attorneys General issued findings stating that “campus officials cannot rely on unilateral threat assessment by teachers and other school personnel, but rather need to establish a system whereby all disturbing behavior by persons on the campus is reported to a ‘vortex’ comprised of a central individual or team of individuals with expertise and training in threat assessment.”

Shortly after Virginia Tech, the National Association of Attorneys General issued findings stating that “campus officials cannot rely on unilateral threat assessment by teachers and other school personnel, but rather need to establish a system whereby all disturbing behavior by persons on the campus is reported to a ‘vortex’ comprised of a central individual or team of individuals with expertise and training in threat assessment.”

Today, nearly every college and university has a behavioral assessment team or a threat assessment team, or both. These teams are likely composed of a multidisciplinary group of individuals that include representatives from the student disciplinary office, student/residential life, mental health professionals, campus law enforcement or security (local law enforcement should be at the table in the absence of a campus representative), student judicial office, human resources office and mental health professionals. The actual makeup of the team will be based on the size,

The actual makeup of the team will be based on the size, capacity, and needs of the institution, however having a law enforcement representative at the table is of paramount importance.

What is Law Enforcement’s Role on the Team?

A significant gap would occur in the threat assessment process if public safety or local law enforcement were not on the campus crisis team. Fortunately, this multidisciplinary approach has evolved to the extent that it is now common, indeed a best practice, to include a police representative. The State of Virginia went a step further by specifying under

The State of Virginia went a step further by specifying under the law that all public higher education institutions in the state have a violence prevention committee and the membership must include representatives from student affairs, human resources, counseling services, residence life and law enforcement.

Police bring capabilities far different from other campus departments assessing a student in crisis. Most obvious would be information on an individual’s criminal involvement. Additionally, police maintain records on suspicious activity, disturbance calls or other contacts that do not rise to the level of a criminal charge.

Law enforcement officials might also have access to restricted or classified systems through membership in a joint terrorism task force. Most agencies receive pertinent “official use” bulletins that could highlight a potential risk. Police officers such as first responders to threats of violence or suicide have valuable experience and training in this regard.

Participation in the threat assessment group is an ordinary function of most campus police agencies. However, when a campus does not have a well-established safety department, local law enforcement might become involved. In those circumstances, the roles could be more complicated and confusing, both for the police agency and campus administrators.

Traditional law enforcement at the city, county and state level is incident-based and reactive. In other words, a crime occurs (or is suspected), the victim calls the police, officers respond, an investigation begins and continues until a suspect is apprehended, or the case grows cold. A strategy of proactive intervention, assessing an individual who has not yet committed a criminal offense, would be unusual even in an agency well-grounded in community and problem-oriented policing.

From the perspective of a campus administrator, inviting local police into a discussion concerning a student raises questions about compliance with FERPA (Family Education Rights and Privacy Act) and Clery (Disclosure of Campus Security Policy and Campus Crime Statistics  Act). When local law enforcement is invited to participate in the threat assessment process, a memorandum of understanding is highly recommended, detailing the program and information sharing restrictions.

Traditionally, these teams are charged with evaluating a known threat from within the campus community. Campus officials are likely to know the basis of the threat, the identity of the person perpetrating the threat and will have access to internal records and potentially past actions of the aggressor. Criminal records, human resources files, student conduct records and counseling records are examples of information likely available to the assessment team.

The challenge is how to include the terrorist activity or the threat of terrorist activity into the array of issues assessed by the team. Clearly, terroristic actions are different than the actions of students or staff that come to the attention of the assessment team. Many of the information sources listed above are not available when assessing a potential terrorist action.

Overall, there is no need to change the makeup of the assessment team. Consideration of additional members might be warranted, depending on the current makeup. Consider the following to advance the capability of the campus community and the assessment team to be able to address terrorist threats and activity on campus:

Part 3 of this series will cover the four phases of emergency management (prevention-mitigation, preparedness, response and recovery) as it relates to a campus response to terrorism. 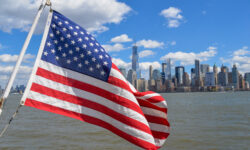