How to Keep Your Student Athletes Safe While Traveling

What’s a common problem with policies and procedures for traveling athletic teams? Most schools don’t have them, says this expert.

Lisa Dombroski, mother of Mark Dombroski and athlete safety advocate, and Jin Kim, a 23-year FBI veteran, discuss the critical need for safety policies for traveling athletic teams, both at the high school and collegiate level.

Although higher education institutions and K-12 schools continue to put an abundance of time and money into campus safety and security improvements, many have neglected the safety of students off-campus for school-sanctioned activities.

In recent years, lawmakers have pushed the Department of Education to take steps to ensure colleges and universities do more to protect students who are studying abroad, but a commonly forgotten group of students is those traveling with a school athletic team.

At Campus Safety Conference East this summer, Jin Kim, a 23-year veteran of the FBI’s New York Division and founder of PerSec Academy, which provides institutional risk assessments, and Lisa Dombroski, an advocate for athlete safety, spoke about what schools and universities must do to ensure the safe return of every traveling student-athlete. 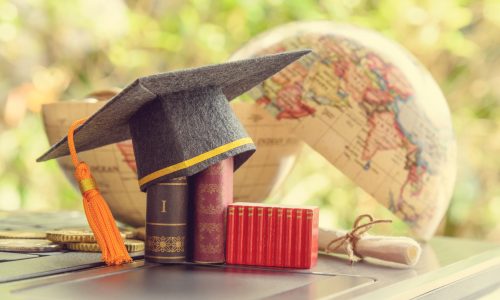 “I’ve been looking at this space and this specific element for about 20 years now, and I’m still shocked to see that there are major schools, both colleges and high schools, that still today neglect this very important gap that they have,” said Kim. “Safety is never an issue until it’s an issue.”

It became a very real issue for Dombroski and her family in March 2018 when her 19-year-old son, Mark, died tragically in a fall while in Bermuda participating in an international rugby tournament with Saint Joseph’s University.

When asked what a school’s team travel policy should include in regard to safety and security, Kim’s initial response was simple: have one.

In his experience working with dozens of clients regarding campus safety and security, Kim said only a handful of institutions have policies in place for travel abroad. Of that handful, he added, further detail is needed.

“They should be a full extension from that student-athlete manual and that handbook that they get from the first day they step on campus,” he said.

What Should These Travel Policies Include?

Schools do not need to reinvent the wheel to create and implement these policies. Campuses have certain rules for students to abide by when they are on campus, and that same set of expectations must be carried over to international travel, Kim emphasized.

“Just take a look at the framework that any school or institution has on campus safety and you can use those pillars. Translate them over into having a formal policy for overseas,” he continued. “When [students] are on campus, they understand the rules, but as a team whose mission and primary goal is to compete, safety and security at an individual level have taken a back seat.”

Policies should include what many would consider common sense items, such as a curfew, a bed check and a buddy system.

“No one should ever be alone,” urged Dombroski. “At a minimum, there should be pairs. Ideally, the team should always be together, but sometimes it might be just two, but no one ever should be alone.” 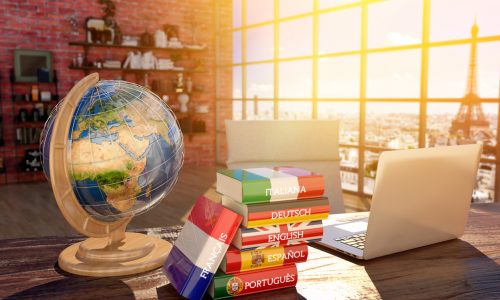 While most students are likely to have their own cell phones, it is also important to have a built-in redundancy system for students without cell phones or for if students lose their phones.

“I firmly believe in hard copies — something like a lanyard to carry information. You can just print out a lanyard that people can wear underneath their shirt with information such as their hotel, the address of the hotel, telephone numbers,” suggested Kim. “For worst-case scenarios, include vital information like where the nearest consulate or embassy may be. Common sense things can go a long way when it comes to preparation for on-the-ground action.”

The biggest thing, said Kim, is the expectation of behavior and collaboration between the institution and the individual.

“The policies should definitely address what the institution’s roles, responsibilities, expectations and the protocols that students should and are mandated to follow when they are off-campus, especially traveling while representing the school,” he said. “You have to communicate this as a business trip — we’re not there to sightsee. That’s not the priority. It is to compete and travel safely.”

What Can Parents Do?

As a mother of three boys, Dombroski has recommendations for what parents can do to ensure their children’s safety while traveling.

If traveling internationally, Dombroski recommends every student have a cell phone with an international plan and should be required to download a locator app.

“There are great locator apps nowadays that the parents, fellow team members and coaches can know exactly where the child is,” she said. “There’s a lot of homework that needs to be done by parents.”

Beyond ensuring there are established guidelines, written procedures and itineraries, and knowledge of which adults will be on the trip to supervise, Dombroski recommends asking the following questions of the trip coordinators:

While it is impossible to prevent all tragedies, all involved in keeping students safe — whether it be teachers, staff, parents or students themselves — can make a difference through simple policy implementation.

“[These procedures] contain ‘common sense stuff’ and should just be an extension of what framework is already built into the institution,” Kim said in closing. “We just need to now formalize it, put it into policy and practice it. A lot of that is going to be dependent on the athletic department’s buy-in, as well as coaches, coaching staff and support staff. It is all part of a collaborative effort.”

Money raised through the public charity has been gifted to organizations such as Habitat for Humanity, B+ Foundation, Lifetime Wells International and Mark’s high school and college rugby teams.

To learn more about The Mark Dombroski Foundation, visit www.markdombroskifoundation.org.