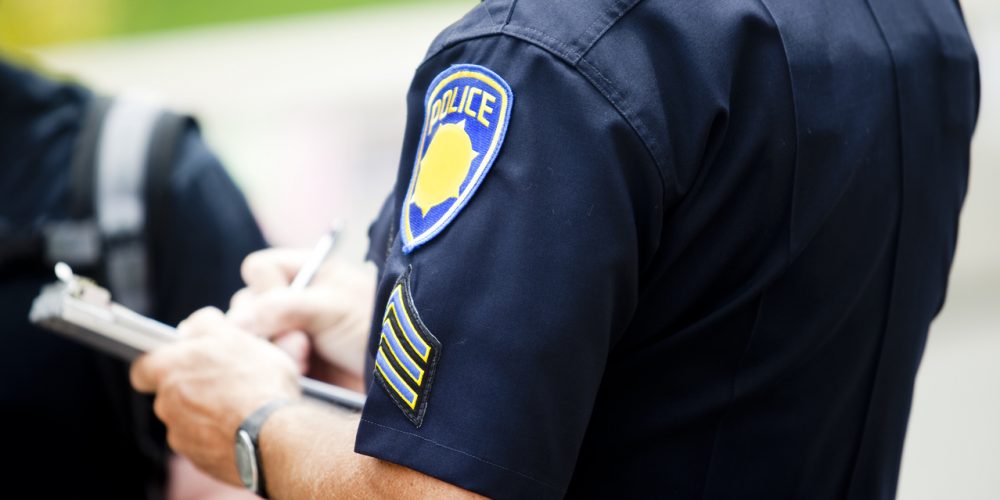 The shooting of Jason Washington by PSU campus police officers has prompted the school to review its 2014 decision to arm officers.

James Dewey and Shawn McKenzie, campus police officers at Portland State University (PSU) in Ore., have been cleared of charges by a grand jury. The officers shot and killed a man this past June who was either carrying or reaching for a gun.

The victim, Jason Washington, 45, was out drinking with friends on the night of June 29 when a fight broke out and he was fatally shot and killed by the two responding PSU police officers, reports the Lewiston Tribune.

Body camera videos from the officers and 70 freeze frame photos were released, reports Valley Morning Star. The footage shows the officers arriving outside a bar in downtown Portland where the fight was occurring out. A man yells several times, “He pulled a gun on us!” and points to Washington who is seen trying to keep his friend from engaging in the fight.

Washington’s friend, who was visibly intoxicated, was kicked in the head and knocked unconscious. While Washington was trying to pull his friend away from the fight, Dewey grabbed Washington’s arm and told him to back away.

Washington’s blood-alcohol level was more than three times the legal driving limit, according to medical records. The video shows him stumbling away from the officers and falling to the ground.

Keyaira Smith, who was outside the bar at the time, says a gun fell out of Washington’s pocket. The officers yelled for him to drop the weapon as Washington reached down to grab it, and then shots were fired.

Due to the angle of the cameras, it is unclear if Washington was holding the gun at the time he was shot.

A 397-page police report was released on Friday by the Portland police bureau. It quotes many witnesses saying Washington was trying to prevent his friend from fighting. Washington’s friend told the police in an interview that the gun was his, and he gave it to Washington to carry because “he did not want to make a poor decision during the fight.”

Washington, a Navy veteran, had a valid license to carry a concealed weapon in Portland, a police officer confirmed in his report.

The victim’s wife, Michelle Washington, said in a statement that she is planning to file a lawsuit.

“We want those responsible for the death of my husband to be held accountable,” she said. “We will always remember and love Jason and know he was needlessly killed while attempting to keep the peace.”

PSU president Rahmat Shoureshi confirmed in a statement that PSU has hired several law firms to review this case. They will examine the school’s policy on arming campus police and investigate the shooting.

“Mr. Washington’s death has deeply shaken all those involved as well as the greater campus community,” said Shoureshi. “My hope is that our actions following this tragedy will help make our campus and community a safer place for years to come”

In 2014, PSU armed its police officers despite more than half of its students being opposed to the idea.

Students and members of the community have been invited to attend a meeting on the matter on Oct. 4. The PSU Student Union confirmed members will be there and are planning a rally later this month.

The student union believes Washington was shot and killed because he was black.  A post from their Twitter account says, “It is evident to us he was a victim of racial profiling from PSU police. This is why we do not, and have never wanted armed police officers on PSU’s campus.”