A law passed in March will allow concealed carry permit holders to bring guns on public college campuses in Arkansas.

With its passage, Arkansas became the tenth state in the country to allow students to bring guns on campus, although each state’s policy is slightly different. Other states that have passed similar legislation include Texas, Colorado, Georgia, Idaho, Kansas, Mississippi, Oregon, Utah and Wisconsin.

Campus Safety thought it would be useful to dive into the specifics of Arkansas’s concealed carry law to better understand the impact it will have on colleges and universities in the state.

Under the law, individuals with concealed handgun permits can bring their guns on campus if they’ve completed an Arkansas State Police “enhanced certification-training course” of up to eight hours. Although the law officially goes into affect Sept. 1, the State Police have until Jan. 1, 2018 to create the course.

After Arkansas Act 562 passed, the legislature passed Arkansas Act 859, which exempts certain locations, including athletic events and the University of Arkansas for Medical Sciences (UAMS) building, from campus carry if school officials’ security plans for the venues are approved by State Police.

Guns are also banned during grievance or disciplinary meetings and in university operated K-12, prekindergarten, or daycare programs or facilities.

Handguns are permitted in all other areas of campus including dormitories, cafeterias and sorority and fraternity houses. A handgun is defined in Arkansas as “any firearm, other than a fully automatic firearm, with a barrel length of less than twelve inches that is designed, made, or adapted to be fired with one hand.”

Guns must be stored in a locked and unattended motor vehicles in a publicly owned and maintained parking lot.

Handguns must be concealed from public view at all times, and the weapons must always be on the license holder’s person or in close proximity to be readily accessible. Violations of these rules occur when a person knowingly and intentionally displays the gun to another person, so if a gun is exposed as a student raises his or her hand to answer a question, for example, that is not a violation.

The University of Arkansas System has been considering and implementing gun policies since the law was passed. The UA System’s Office of General Counsel is currently reviewing the law and System policies to determine if changes need to be made.

So far, the UA System provided initial guidance to its six universities, seven community colleges, and seven educational units. Each campus will also craft individual gun policies. The UA System also released a set of frequently asked questions about the law and campus policies in April to help students educate themselves.

UA Assistant Vice Chancellor Mark Rushing declined to say if vehicle break-ins will be a bigger concern for police or if officer patrols will change at all as a result of the law going into affect.

Northwest Arkansas Community College, which has an enrollment of approximately 12,000, formed a special task in April to consider new policies. The Task Force includes campus police, administrators, faculty members and other members of the community.

Although the law states that the weapon must be on your person and readily accessible, it’s unclear exactly where license holders will be able to carry their weapons. NACC Police Officer Cecil White, who serves on the college’s campus carry task force, says guns may be carried in bags on NACC’s campus.

NACC has no plans to invest in additional metal detectors for building entrances.

Under the law, supervisors may not ask universities for a list of employees with concealed carry permits, and a student may never be excluded from or asked to leave a classroom for simply being in possession a concealed gun.

Under the law, concealed carry holders are required to show their weapon to law enforcement officers if asked to do so. If an officer believed a safety risk exists, he or she can also disarm an individual.

It remains a criminal act to exhibit threatening behavior with a gun, so officers can take appropriate action to respond to such situations.

We’ve covered carry and storage requirements under the law, but what about using the weapon?

A handgun may be used in self-defense only as allowed by Arkansas law. By so doing, the person is acting as a private citizen and not as an authorized agent of the university. This means they are liable with respect to the handgun’s use, if they are injured due to negligence, they are not entitled to worker’s compensation.

In the event of an active shooter on campus, the UA system asked concealed carry holders to follow directions given by campus police during active shooter training. This entails immediately seeking shelter or safe grounds if a person is outside and hears gunshots and calling 911.

UA’s “general principals” for student’s who are present when a shooting occurs are included in the system’s Guns on Campus FAQ document.

The guidelines, while they don’t make any mention of concealed guns, are included in their entirety below.

“Avoid: Leave the area immediately. If necessary, break windows or glass to get out of the area. Run in the opposite direction of the disturbance or shots; cover your head with books or other items for protection. DO NOT stop running until you are in a safe area.

If police officers are in the area, listen and comply with all of their commands. Raise your hands or keep them in plain sight so you are not perceived as a threat to the police.

Deny: If you choose to stay in your room, lock your door and do not leave until instructed to do so by a police officer. Stay away from and below any window. Position furniture or other items in front of the door. Turn off the lights and call 911.

Defend: If the first two options do not work, defend yourself. Utilize any objects available to you to distract or interrupt the actions of the shooter” 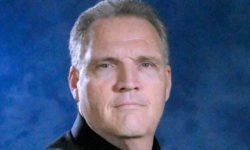