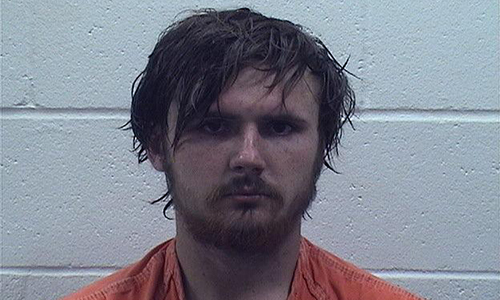 Gabriel Elyjah Segress, 20, of Weatherford, appeared in court Friday where he was charged with a felony count of first-degree rape by force or fear, according to Ada News.

ECU police arrested Segress after an ECU student called to report a sexual assault on campus. The victim told Central Dispatch that she was in a dorm room in Pesagi Residence Hall watching movies and drinking alcohol with Segress and several others around 10 p.m. After several drinks, Segress allegedly “became very sexual in nature” and “forcibly had sex with (the victim).”

The victim then told Segress she needed to use the restroom where she called someone for a ride home. When she was picked up, she called campus police to report the assault around 12:42 a.m. Friday.

After an interview with campus police, the victim and a friend were taken to Mercy Hospital Ada for a sexual assault examination.

Related: 21 Clery Crime Definitions and Scenario-Based Examples
According to police reports, ECU Police Chief Bert Miller interviewed Segress around 2:35 a.m. Friday in the dorm room where the alleged rape happened. During the interview, Miller found “enough probable cause had been gathered to support the victim’s claim of sexual assault.” Miller arrested Segress and booked him into the county jail around 4:03 a.m.

Affidavits and additional records on file with the court clerk’s office were not immediately available due to measures put in place to prevent the spread of coronavirus, reports Ada News.

Segress is being held at the Pontotoc County Justice Center in lieu of a $100,000 bond and is set to appear in court again on May 20. If convicted, he faces up to five years in prison.

According to ECU’s website, due to COVID-19, residence halls are closed to students except for those who are not able to find alternative housing through the summer.