How to Adopt a Clear Bag Policy For Your Events

The University of Nebraska made a smooth transition to a clear bag policy last year. 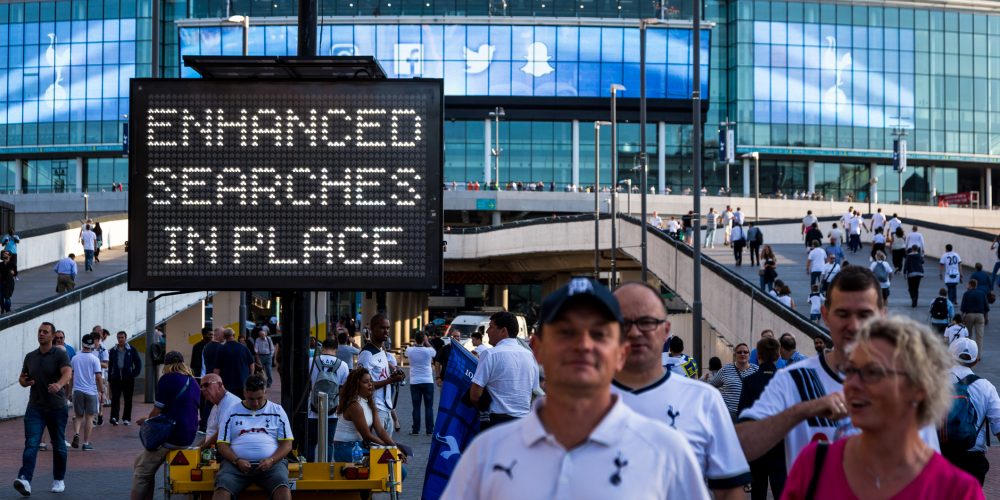 More and more sporting venues— including those at levels from high schools to professional— are adopting clear bag policies. Credit:Adam Petto

Many high schools, colleges and universities have adopted clear bag policies at their events, and many more campus officials are actively considering it.

Beginning in the 2017 football season, for instance, all schools in the Southeastern Conference began prohibiting non-clear bags larger than 4.5” by 6.5” at their stadiums. Other large Division I schools, as well as some high schools, have followed suit.

But the transition to a clear bag policy can be a rocky one if not executed properly.

To learn how officials at the University of Nebraska smoothly transitioned to a clear bag policy, we spoke with Matt Davidson, the university’s director of athletic events, at a recent NCS4 conference.

The University of Nebraska implemented a clear bag policy before fall sports began in 2017. The policy applies to all ticketed events where the university charges admission, from football games to wrestling matches

The university included several high ranking officials, including the chancellor and the athletic director, in discussions about the policy change.

“In the end it was a purely safety and security decision,” Davidson says.

• Small clutch bags, approximately the size of a hand, with or without a handle or strap can be taken into the venue with one of the clear plastic bags. The bag cannot be larger than 4.5″ x 6.5″

The policy has very few exceptions, and Davidson says schools have to be careful how they outline those, including medical exceptions.

“Officials have to decide how they’re going to control those exceptions so that if someone has a purse with a bottle of Tylenol, they can’t claim it’s a medical bag,” Davidson says. “Anytime you make an exception there’s going to be abuse, so you have to think through A to Z very well before you start your communication plan. Because you don’t want to have to amend your communications after the fact.”

As with all changes to campus policy, communication is key when it coms to changing the way schools handle events. Communication is especially important when you’re dealing with large crowds because any confusion can spiral into chaos and delays.

“There was a lot of outreach,” Davidson explains. “We teamed up with our communications department, our ticketing department, our development department. We got out ahead of this thing probably six months before we implemented it. Because we knew the most important roll out feature would be communication.”

The university’s athletic department partnered with other departments responsible for community outreach to help spread the word.

“I could talk to you for hours about what we put into our communications approach, but just know we hit every conceivable avenue for our season ticket holders, our game-by-game ticket holders, everyone,” Davidson says. “It was both in electronic format, radio, print, day-of-event campaign signs. It was to the point that you were almost having to trip on these things.”

Even after carrying out an extensive communications strategy, extra preparation was needed to implement the clear bag policy at certain events.

Before the football season started, the University of Nebraska hosted volleyball and soccer events where officials chose not to have a contingency plan because the parking lot was so close to the venue that security officials could tell attendees to drop off their belongings in their car before entering.

Security officials also offered a free ziplock baggie for students that felt it necessary to bring in the contents of their bag, a policy the university maintains today at every ticketed event it holds.

Anyone familiar with the University of Nebraska knows, however, that football games are an entirely different animal, so officials took extra steps to ensure things went smoothly at the football stadium.

For the first season of football games the university purchased lockers that officials placed in one part of the stadium as a contingency plan. Still, people at the gate were trained to ask fans to walk prohibited bags back to their cars if possible.

“If you taxied to the game or you caught a bus so that you couldn’t just put something back in your vehicle, we’d allow locker storage for free,” Davidson says. “But we wouldn’t publicize the lockers, and I’d say we had under 100 checked bags per game for the entire football season.”

University officials are considering bringing the locker system back for a second year.

“The problem is if you make it known that you have lockers then among the fans there’s always going to be a small group of people that always use them,” Davidson says. “So then you always need someone staffed at the lockers before, during and after the game. Then there’s the chance a person doesn’t come back to claim their bag. So there’s processes involved with offering that option. But ultimately we looked at it from a fan service perspective.” 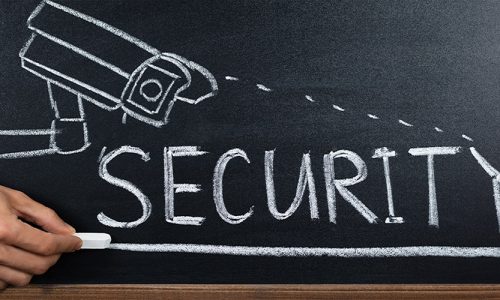 Overall, University of Nebraska officials are extremely happy with how the policy change played out.

“We think it went extremely smoothly because we got out ahead of the change well in advance,” Davidson says. “Now, if we were to have tried implementing the clear bag policy on two months notice, that would have been very difficult. But the amount of exposure our departments got with different communications, media relations, social media, they pretty much created an entire awareness campaign and we hit on every level.”

And Davidson has advice for other school officials considering the move.

“I’d make sure you look at how other schools and colleges are doing it,” Davidson says. “Obviously everybody tries to take the NFL model and strip it down a bit. But make sure you make it yours. Everybody has a unique environment they have to deal with. The venues are different, the people are different. So you have to be smart about it.” 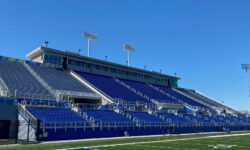