There were more than 2,000 sex trafficking victims in the state of Arizona alone from 2015-2016, according to the 2017 Arizona Human Trafficking Council Report.

The department says it was advised by other law enforcement agencies of the trend at other universities, reports USA Today.

“Reports describe human sex traffickers are attending college parties and events in an effort to recruit or coerce females,” read the bulletin. “These efforts include photographing or getting students into compromising situation. The traffickers use threats of force or exposure to the campus community to persuade victims into prostitution.” 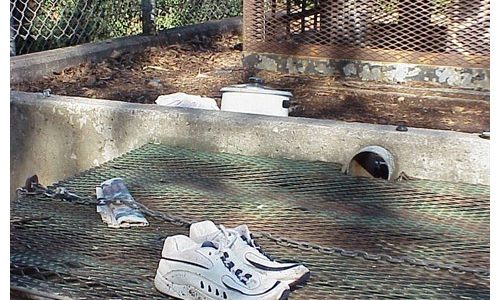 Related: When the Homeless Come to Campus: Balancing Security With Empathy

Although the bulletin does not cite specific incidents on any of ASU’s six campuses, it describes it as a “disturbing trend that could affect ASU students” and provides tips on avoiding “compromising situations”. It also provides a link to the school’s Office of Sex Trafficking Intervention Research, which is part of the College of Public Service and Community Solutions program.

The STIR office was created as a source for research on domestic sex trafficking, according to its site.

“Arizona has a problem,” says STIR director Dr. Dominique Roe-Sepowitz. “Is it worse than other places? I’m not sure, but we have to pay attention to this.”

According to the National Human Trafficking Hotline, there were 181 reported sex trafficking cases in Arizona in 2017, 159 of which involved females.

Roe-Sepowitz says STIR has found there are many victims of sex crimes at colleges, including ASU.

“It can happen anywhere,” she said. “There are some things you should be on the lookout for. First of all, if your gut instinct tells you this is not a good person, listen to your body, listen to yourself.”

Anyone with additional information or who may be a victim is asked to call the ASU Police Department at 480-965-3456.