After a 15-year-old boy took his own life after falling victim to a catfishing Internet scam, the North Colonie school district is holding Internet Safety sessions with middle and high school students. 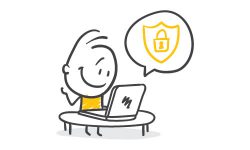 Parent and School Administrator Guide to Cyber Security for Kids

Here are some effective ways you can keep kids safe when they are online or using technology.

What Should Schools Do When Students Engage in Sexting?

In the K-12 setting it is usually not appropriate to suspend, expel or arrest the student… or do nothing.

Police found an AK-47, along with 180 rounds of ammunition in the suspect’s home.