Understanding how to use video search functions is key to getting the most out of your video surveillance and video analytics systems.

Many people contemplating adding security cameras or upgrading their CCTV systems are intimidated by video search. Case in point: we are working with a municipal client on a large enterprise video surveillance system and a question regarding video searching methodology came up from one of the stakeholders.

This person had CCTV experience but with an older and less sophisticated system and was concerned with the amount of time that would be required to search for incidents. This was perfectly understandable, given that many people haven’t experienced search technology beyond watching endless hours of footage at 2x or 4x real-time.

To allay his concerns, I was asked to quantify the effort required to search recorded video for incidents. I thought I would share it here in case others had run in to similar questions or concerns. Essentially, I explained, there are three commonly used search methods, and two different types of sites.

The first search method looks for the appearance or disappearance of something. This would include vandalism (graffiti, break-in), an object left behind (trash dumping) or an object removed (theft). In these cases, the most common search method would be using the thumbnail search feature of the video management system (VMS).

With thumbnail search, the operator picks a time frame for the incident and is presented with a series of small, still images (often called “cameos”) on their screen. Each image is representative of a snapshot in time, so if the search window is 12 hours there might be 12 images taken an hour apart.

As an example, let’s say we are looking for a person who dumped trash over the fence at a remote building. In that case, looking at the cameos would show a series without the trash, with a change between two adjacent images where the trash suddenly appeared. Clicking on the image just before the trash appeared would give us a new set of images perhaps 6 minutes apart, and drilling down further might take us to a series 45 seconds apart.

In this manner, the operator can quickly drill down to when the incident occurred, reviewing only the video footage needed for the time window required. The total time for such a search is typically just a few minutes for an experienced operator.

The second type of incident represents a subtler change in the scene, perhaps someone loitering in an area or doing something that is done repeatedly by many people, like putting something in a trash can. In these cases, motion search is commonly used.

For motion search, an area (or multiple areas) of an image are highlighted and “trigger” parameters are entered into the VMS. If we were looking for someone who was reported to be loitering in a doorway and looked suspicious, for example, we would highlight the doorway and tell the system to ignore anything that wasn’t in that area for more than 5 seconds so people just passing by did not create false alarms.

The VMS would then present the operator with a list of incidents that fit the parameters and the operator would then click on each one to review the associated video clip. This can be more time consuming than thumbnail search, but there are several parameters that can be programmed to refine the searches and it is far more efficient than searching through hours of footage even at 2x or 4x real time speeds. Estimated time for a typical motion based search is about 10-15 minutes, although this can vary dramatically.

The third search method is a variation on the extremely time-consuming method of playing back video to look for something or someone that can’t be defined by an area of the image. Even if playing back video at 2x or 4x speed (allowing an hour of video to be reviewed in 15 minutes), the VMS provides short cuts.

Related: Ala. Infirmary to Pay $1M After Surveillance Video Released

There is a slide bar at the bottom of the screen that can be used to skip past spans of time where nothing is happening, speeding up the review considerably in cases where activity is intermittent. Also, multiple cameras can be reviewed simultaneously, with all of them jumping forward together when the slide bar is used.

Complicating things somewhat is that not all locations are always online and available for search from the comfort of an office. While the search methods do not change, in some cases it is necessary to travel to the site with a laptop to pull video off the server. In those cases, the search methodology is the same, but the travel and setup time must be added to the time required.

While video search is often like searching for a needle in a haystack, newer technology often presents us with more efficient ways to burn down the haystack in hopes of finding the needle.

Bob Grossman has held positions in all areas of the security industry — giving him plenty of opportunity to learn from his mistakes! Currently the founder and president of R. Grossman and Associates, a consulting firm, he divides his time between project-based work for large integrated systems and product consulting for a variety of cutting-edge manufacturers. 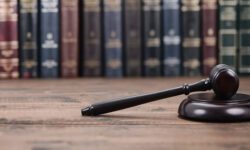 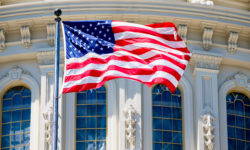