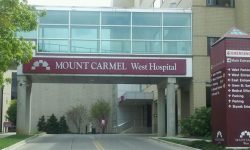 The lawsuits claim the San Bernardino City Unified School District ignored a teacher’s warnings that her estranged husband had been threatening her.

The lawsuit alleges S.C. State officials knew the gunman had a violent history but gave him preferential treatment because his mother was an employee.

Barbara Dawson’s death is being investigated by Florida’s Agency for Health Care Administration and Department of Law Enforcement.

The school and its security director have both been dismissed as defendents from the wrongful death suit brought by the family of a student who died from fraternity hazing.