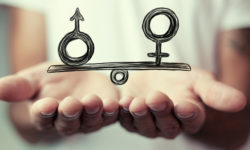 A 14-year-old boy who allegedly raped a student had a documented history of threatening to rape another student and a pregnant teacher.

All K-12 and post-secondary schools, as well as private institutions, will be subject to the new Title IX audits.

The lawsuit was filed by the American Civil Liberties Union back in May on behalf of four activist groups.

Schools that don’t already have threat assessment teams must implement them now so they are able to comply with Title IX’s new sexual misconduct rules and, most importantly, improve student safety.