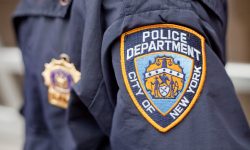 Northwestern police will increase their presence and visibility around campus to improve security.

Securing the Cash on Your Campus

Automating the cash management process at your institution can reduce the risk of theft, robbery and human error.

Both say they were targeted because of their religion.

In relation to 2014, there were more violent crimes but less property crimes in 2015.

One suspect was taken into custody after the shooting and the other suspect is still at large.