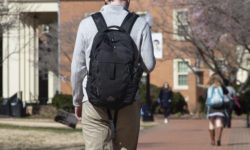 The coronavirus’ effects on campus policing encompasses everything from recruiting to training to procedures to privacy concerns to new equipment and more.

We all must become more aware of our unconscious bias, stereotypes and thoughts, as well as how they play out in our interactions.